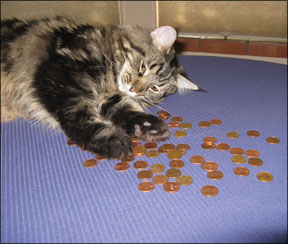 My kitten, Snapper, recently spent a week in intensive care. Hes fine now, but he was so very sick that we feared he wouldnt make it. The cause of all his troubles turned out to be a penny. Yes, a penny! Apparently he had eaten one. As we later learned, pennies minted after 1982 are made from zinc, with just a coating of copper. If an animal swallows one, stomach acids eat away the copper coating and the zinc, which is poisonous, leaches out. Life-threatening anemia and kidney failure result. In addition to being hospitalized to treat those problems, Snapper had to have surgery to remove the penny from his stomach.

We always thought it was cute watching him playing with coins. We never imagined that hed swallow one, or how deadly that could be. We definitely never imagined that a penny could wind up costing us thousands of dollars in vet bills. Im writing so you can share Snappers story with your readers and prevent another cat

from getting in such serious trouble. Also, would you please supply us with a list of other poisonous household objects that we should keep away from Snapper?

–Im sorry to hear about Snappers troubles, but what a relief to know he has recovered and is back home with you! You are not alone in being unaware of how toxic something as seemingly harmless as a penny can be, especially to curious little kittens who explore their world by putting everything into their mouths. Fortunately, most cats dont ingest pennies, but there are many other potential dangers lurking in houses.

Chief among them are human medications that are accidentally ingested or are given to cats by their owners in a mistaken attempt to help ease illness or pain. Did you know that the pain killers aspirin, acetaminophen (Tylenol) and ibuprofen (Advil or Motrin) are all potentially deadly for cats? Pepto Bismol and Kaopectate contain salicyclates, similar to aspirin, and are similarly dangerous to cats. Cats are exquisitely sensitive to many drugs, including over-the-counter products considered safe for people, so cats should never be given any medications except under the direction of a veterinarian. Other human medications that may cause poisoning in cats include antidepressants, cold medicines, diet pills, ADHD medications (like Adderall) and vitamins. Medications and certain flea or tick products (like K9 Advantix) prescribed for dogs can also be deadly for cats – be sure to read the label for all medications and keep them safely out of reach, behind closed doors. Some drugs, like heartworm preventatives, are made into tasty morsels, and agile cats have been known to jump up onto counters, eating medication they werent supposed to receive and earning themselves a trip to the hospital.

Rat and mouse poisons are another common cause of poisoning. If Snapper isnt a champion mouser like me, use nonpoisonous traps. If you must use poisons, be sure to use them only in rooms that he never frequents.

Other hazards can be found in the kitchen. Certain foods that humans eat safely can cause serious problems in cats. Raisins and grapes have recently been found to cause kidney failure in some dogs and should not be given to cats. Sugarless chewing gums containing xylitol are another recently recognized danger – xylitol causes a drop in blood sugar, leading to seizures and even death, if untreated. Chocolate is another very dangerous, yet enticing, food. Chocolate contains theobromine, which can be deadly, with dark chocolate and baking chocolate containing the highest levels of theobromine and being the most dangerous. Macadamia nuts should be avoided, as should avocados, tomatoes, alcohol or caffeine-containing products, onions and garlic and yeast dough.

The garage and basement are especially dangerous places for cats to explore. Pesticides, herbicides, fertilizers, antifreeze and ice-melting products all may wind up on the paws and then in the mouths of cats when they later groom themselves. Other hazards in the home include tobacco, liquid potpourri, mothballs, fabric softener sheets, cleaning products and many household plants. Be especially cautious with holiday plants or flower arrangements you may get as gifts – Easter lilies (and indeed all lilies), azaleas, holly and mistletoe are all toxic (see related article in CatWatch, July 2008). For more information on which plants are poisonous, see the Cornell Poisonous Plants List: http://www.ansci.cornell.edu/plants/index.html.

Despite your best efforts, accidents can happen. If you ever suspect that Snapper has been exposed to a poison (even if he has no symptoms), contact your veterinarian immediately. Minutes can mean the difference between life and death.

Im happy to have the opportunity to warn of hazards that may be lurking in your home and in the homes of our readers. Tell that little scamp Snapper I said he should stick to playing with catnip mice, knocking papers off desks (my favorite form of amusement) and watching birds through a window. All of these pursuits are safer than playing with pennies. Love, Elizabeth 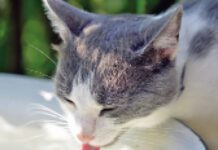 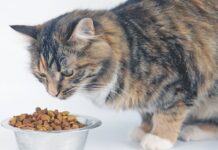