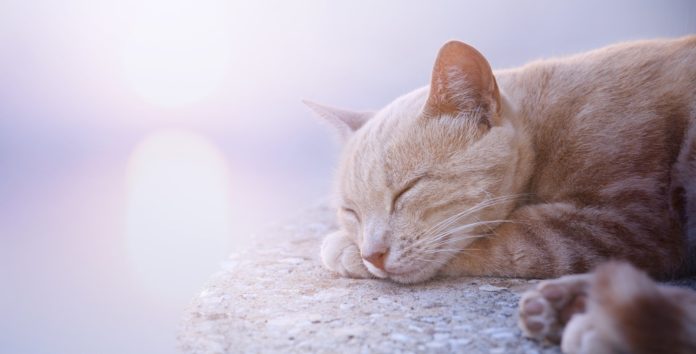 If you’ve used a webcam to keep an eye on your cat while you were at work, chances are most of the footage shows your cat snoozes away in various locations. If you felt bad about her “boring” life, think again.

A video-camera behavioral study watched 26 feral cats who had gone through a TNR (Trap/Neuter/Release) program and were returned to their home on an island off the coast of the southeastern United States. Almost 90 percent of the time, the cats were resting or asleep. Nine percent of the time was spent roaming around. The remaining 1 percent was split between eating and drinking at the feeding stations or hunting. Encounters with wildlife also included some interactions with non-prey species such as raccoons, deer, vultures, and opossums. Over 645 hours of video were evaluated.