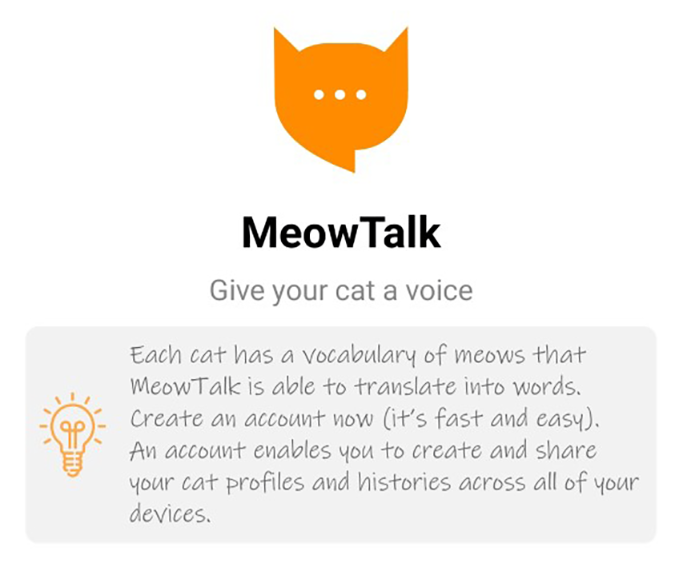 Javier Sanchez, a program manager at the tech company Akvelon (Bellevue, Wash.,) who previously worked on Amazon’s Alexa voice service, developed an app called MeowTalk that is purportedly programmed to translate a cat’s meows. Users can assign meows in the app when they think they know what their cat is asking for, according to a story on GeekWire. During the development of MeowTalk, Sanchez consulted experts including Stavros Ntalampiras, who published a research paper called “Automatic Classification of Cat Vocalizations Emitted in Different Contexts” (Animals, August 2019).

Sanchez found that cats have one of nine different intents they are trying to relay when they meow at you, and each message has its own type of meow.

Owners need to “train” the app to fit their cat, usually taking sounds made in certain contexts to fit the translations. Reviews are positive, but there are some kinks that need to be worked out. One owner said the app claimed her cat said, “I love you” when the cat was hissing at another cat in the family.

And, of course, we remind you that it’s up to you to decide if you truly want to know what your cat is “saying” sometimes! (In case you wondered, Sanchez owns a tabby cat named Mittens.)