We all know that face. The tiny, round kitten face with bright eyes and a ring of fluff beneath the ears. Young kittens are adorable! But taking that tiny kitten home too early could mean lifelong consequences.

Kittens are dependent on their mothers for the first four weeks or so of life. The first milk that a queen produces is called colostrum, which is rich in nutrients and antibodies that will help to protect the newborn kittens from illness.

At around 4 weeks of age, kittens will start to experiment with solid food. By 8 weeks of age, most kittens are eating primarily solid food, but they will often continue nursing until 12 to 16 weeks of age, depending on the queen’s tolerance.

Kittens do some classic feline behaviors naturally, but others are learned through observation. And some things may take a little of both. Some of the things that all kittens learn early in life include:

Watching kittens play is mesmerizing. They are incredibly flexible, athletic, and enthusiastic. But if you look closely, you will see that these rough-and-tumble games aren’t just play.

If one kitten gets too rough, the sibling will likely cry out or retaliate. The mother cat will do the same, swatting or hissing at a kitten who has gotten out of hand. These interactions help the kittens to learn how to control their bodies and moderate their actions so that they can get along with others in a group (after all, a strange cat will be a lot less tolerant of playful bites than mom!).

Kittens also practice hunting moves on each other. While these behaviors aren’t exactly necessary in our pampered house pets, they are still quintessentially cat traits. Stalking, pouncing, and rolling are instinctive behaviors, and practicing them can be very rewarding for our felines at all ages.

The time spent with mom and siblings also plays a role in your kitten’s personality for the rest of his life. A 2017 study published in Scientific Reports looked at the age that kittens were weaned and separated from their mothers and how they behaved as adults.

What exactly does this mean? Staying with mom a few extra weeks can help kittens to grow up to be calm, confident, friendly cats.

In a best-case scenario, kittens should remain with their mothers for the first 12 to 16 weeks of their lives. This is largely for the social benefits of being with their mother and littermates. We can provide nutrients and food, but we can’t teach kittens the fine details of feline communication and manners.

For feral kittens, however, 8 weeks old is the ideal time to separate them. At this point, they can survive on their own and eat solid food, but they need the time to be socialized with humans so they don’t learn to fear them from their mother.

But My Kitten Was Weaned Early

Just like people, cats are individuals. Not every kitten who is weaned early is going to turn into a vicious attack cat, and not every kitten who stays with its mother until 16 weeks of age is going to be a cuddly marshmallow. But you can increase the odds of kittens growing up to be well-balanced cats if they stay with their mother for 12 to 16 weeks, so when this is possible, it is highly encouraged.

Unfortunately, this is not always possible. Sometimes kittens become separated from their mothers, and queens can be killed by disease, predators, or getting hit by a car.

For these foundlings, dedicated care (around-the-clock for kittens under 4 weeks old) can help to provide some of the nurturing that they are missing out on. Raising orphaned kittens is a lot of work, but it can also be rewarding if you have a good mentor and willingness to provide the love and support the kittens need. 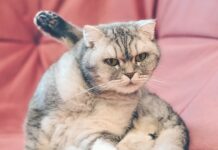 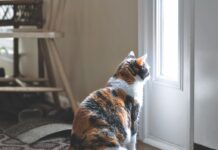 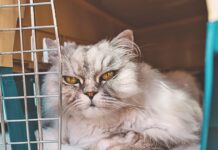 Crates Are a Must For Travel