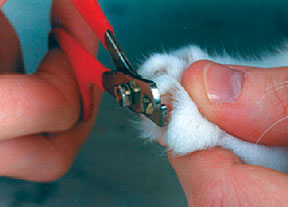 The relationship between Felis domesticus and the law extends thousands of years. In accordance with ancient Egyptian laws, the cat was regarded as a sacred animal protected from harm by humans. In the Middle Ages, the cat was seen by some as the embodiment of the devil and a symbol of heresy. Todays laws no longer deify or defame cats. They provide some measure of protection for them, and increasingly stress the rights and responsibilities of cat owners or guardians.

The status of the domestic cat in common law in the United States is very clear: Cats are property. However, they have gone from being property with no intrinsic value, to being valued chattel. Animal value is in the midst of a legal change and the value of animals as emotional companions has been judicially and legislatively recognized in isolated cases for the first time in our history.

Cats and their Changing Roles
Although Americans had always kept animals as companions, it wasnt until recently that the large majority of the cats in the world worked for a living. The greatest number of them carried on their rat-catching occupation in small shops, others worked in firehouses and police stations, and some plied their trades in the cellars of large office buildings, factories and warehouses.

In the 1930s, when their equine patients were largely replaced by streetcars and automobiles, veterinarians – known as horse doctors – began to care for dairy cows, stockyard inhabitants and the occasional pet cat. After World War II, cats grew in popularity among pet owners. They fit well into apartments and small houses and were reputed to make fewer demands on their owners for attention and care than dogs.

Those who kept cats may have also kept a pile of sand in their yards to use as litter box fill. It wasnt until 1948 that Ed Lowe invented Kitty Litter, and it is likely that this invention significantly changed the habit of caring for cats as indoor pets. When we brought cats indoors, we neutered Toms to deal with spraying, spayed females to deal with in-heat yowling and declawed them to deal with their scratching. The surgical procedure involves the amputation of the last bone of each toe, with a guillotine-type nail clipper, scalpel blade or laser. This is necessary to prevent regrowth of the claw, which is adhered to the bone.

The History of Declawing
It is hard to determine when declawing was first taught in veterinary curricula in the U.S. Numerous behavior experts, veterinarians and veterinary colleges and libraries do not have a definitive answer. The earliest reference to declawing in the literature appeared in an article entitled, A new instrument for declawing cats, Veterinary Medicine & Small Animal Clinician, 1968.

Jean Hofve, a feline veterinarian, collected every possible article she could about declawing. Unfortunately, in the 1960s and 70s, journals were less picky about peer-reviewed and referenced articles, so its really hard to track it back too far, she says. The first report on declawing I found in the veterinary journals appeared in 1968. I would guess that the first declaws were done on captive big cats, and later transferred to their smaller domestic cousins. The procedure seems to have sprung into the literature fully developed, since the early articles are mainly about refinements of technique.

Regardless of exactly when declawing was first performed on domestic cats, it was recently outlawed for the first time in the U.S. in West Hollywood, California. Such efforts continue to raise awareness of this controversial and emotional issue. Dr. James Richards, director of the Feline Health Center at Cornell Universitys College of Veterinary Medicine, has known cats that could not be taught to scratch appropriate objects.

He says that older cats or those with ingrained habits can be difficult to train.

Although he condones declawing when done properly and to prevent a cat from losing his home, he sees a positive change from automatically declawing cats at the time of their spay or neuter surgery. He hopes more owners will educate themselves about normal cat behavior and more veterinarians will take the time to discuss all options, not just declawing, for inappropriate scratching.