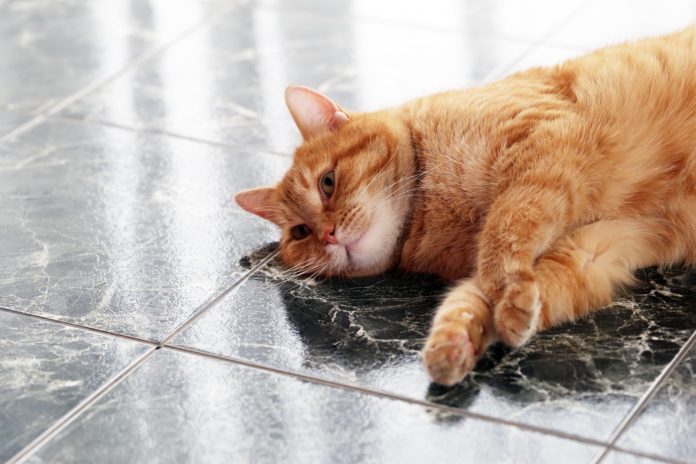 When pet owners think of pancreatitis, often the image that comes to mind is a dog who does a garbage raid and consumes a bunch of spoiled or fatty food. Dietary indiscretion usually is not considered a cause of pancreatitis in cats, perhaps because cats are more fastidious in their eating habits!

The pancreas is a slender organ located where the stomach and duodenum (first section of the small intestine) come together in the front right side of the abdomen. While it is a small organ, the pancreas is extremely important. It has two primary functions, called endocrine and exocrine.

A major component of the endocrine function of the pancreas involves the production of two hormones that are produced in cells called the islets of Langerhans. The first hormone is glucagon, which increases blood glucose, the preferred energy source for bodily functions. The second hormone is insulin, which decreases blood glucose by allowing it to get into cells.

The most common health problem associated with the endocrine activity of the pancreas is diabetes mellitus. Cats with diabetes mellitus may require insulin injections to prevent their blood glucose from getting to high.

The exocrine function of the pancreas involves the production of enzymes that help to digest your cat’s food. Different enzymes work on proteins, fats, and carbohydrates. If your cat has pancreatic insufficiency, she will not produce enough digestive enzymes to maintain proper nutrition and can’t absorb nutrients that have not been broken down into smaller components by these enzymes. In this case, she will usually require lifelong daily supplements of enzymes to help her digest meals. An emergency may arise if the pancreatic enzymes “leak” out of the pancreatic duct and begin digesting the pancreas itself (pancreatitis).

Cats battling pancreatitis tend to have a decreased appetite, can lose weight, act lethargic, and may have diarrhea, which can lead to dehydration. With such nonspecific signs of illness, veterinarians look to diagnostic testing to determine whether pancreatitis is present.

For the most part, radiographs (x-rays) are not useful here. Ultrasound can be helpful, especially if done by an experienced evaluator, but changes can be very subtle.

Dr. Katie McClaine (Cornell DVM, 1996) of Cats Limited Veterinary Hospital in West Hartford, CT, points out, “Pancreatitis can be associated with calicivirus, toxoplasmosis, or feline infectious peritonitis (FIP) in cats. It is usually not associated with the ingestion of high dietary fat intake, as it is in the dog. I believe many of these cats have inflammatory bowel disease (IBD) along with pancreatitis. Pancreatitis may then develop secondary to inflammation from enteric bacteria or due to inflammation in the guts themselves resulting in inflammatory mediators that affect the pancreas.” Parasite infections, toxic reactions to medications, and trauma are all considered possible causes of pancreatitis in cats. The exact cause of pancreatitis is commonly not determined in affected cats.

Elevations in fTLI may be seen in cats with IBD or gastrointestinal lymphoma. The most sensitive and specific assay for chronic pancreatitis (CP) is fPLI. However, this assay is most useful in cats with severe disease, as cats with mild CP may not have abnormal fPLI values.

“We base our diagnosis of pancreatitis first on the clinical signs in the patient,” says Dr. McClaine. “We will often run a feline pancreas specific lipase blood test if we are presented with a cat that is not eating well, vomiting, and/or has abdominal pain, but this test is not perfect. It can be influenced by other disease processes.” The gold standard for pancreatitis is a biopsy of the pancreas, but many owners are hesitant to authorize a biopsy due to cost and potential risks.

Treating pancreatitis is a challenge. Previously, it was believed that withholding food and water would “rest” the pancreas. However, fluids are extremely important for cats with this illness. Fluids can be given subcutaneously or ideally, at least initially, intravenously. Feeding appropriately as soon as possible is also now realized to be important. Nutritional support is vital to help maintain an affected cat’s well being and to aid in healing. The diet should be highly digestible and palatable to encourage your cat to eat on her own. Unlike dogs with chronic pancreatitis, affected cats do not need to be fed a low-fat diet.

Vomiting and nausea must be controlled to help your cat eat and keep food down. Once vomiting is controlled, your veterinarian may put in a feeding tube to ensure your cat receives adequate nutrition if he will not eat on his own. Rarely, cats will need parenteral nutrition via an intravenous line.

Pain medications are important, as a painful cat won’t eat or drink. As most of us know, cats are extremely good at hiding pain, often literally hiding themselves! Pain medications may be given orally, intravenously, or via transdermal patches.

Antibiotics are usually not required, as bacterial infections are uncommon causes of pancreatic problems (see sidebar “Study Shows Antibiotics Helped”). Glucocorticoids or steroids may be used to help reduce inflammation, especially for cats with chronic pancreatitis.

During a bout of acute pancreatitis, your cat might become insulin resistant. This is usually a temporary form of diabetes mellitus but, if there is enough damage to the pancreas, this could become a permanent problem. Short-term use of insulin may be required, followed by careful monitoring to determine whether your cat can be weaned off the insulin.

“Our treatment protocol includes supportive care and pain control. We want to get the cat eating again and may use fluid therapy, drugs such as mirtazapine and/or maropitant to control nausea and vomiting and improve appetite, and pain control such as buprenorphine. A feeding tube also is an excellent means of treatment if needed. We want to get these cats eating again as soon as possible to avoid hepatic lipidosis,” states Dr. McClaine.

The prognosis for cats with either acute or chronic pancreatitis can vary. Cats with hypocalcemia (low blood calcium) have a poorer prognosis. Cats who have hepatic lipidosis either during a bout of pancreatitis or shortly thereafter also have a less favorable prognosis.

Acute pancreatitis can be fatal. Chronic pancreatitis, with recurrent bouts adding to the damage of the pancreas, is not as dramatic, but can lead to serious complications requiring consistent long-term care. Diabetes mellitus is one of these potential complications, as is exocrine pancreatic insufficiency. Both require daily medications (insulin or enzymes) to keep your cat healthy. Treatment for either type of pancreatitis can be expensive and home care can be difficult.

Prevention starts with proactive health care, including regular veterinary visits, necessary infectious disease testing, and a quarantine period before you add any new cats or kittens to your family. Keep your cat indoors and only allow him outdoors in an enclosure, high-fenced yard, or on a leash and harness to avoid risk of trauma.

Your next safeguard is to be observant every day. Feeding meals, as opposed to free feeding, allows you to notice any problems with appetite immediately. Watch for signs of pain that may be as subtle as hiding under the bed instead of lying on the couch. Caught early, pancreatitis is not only easier to treat, but the risk of permanent consequences such as diabetes mellitus is minimized.

What You Should Know

The cause of pancreatitis may not be found, although trauma, parasites, diabetes, and viral/bacterial infections are leading causes.

-Most cases of pancreatitis in cats are chronic.

-The goal of treatment is to control pain and nausea and to assure adequate nutrition and hydration.

-Pancreatitis, inflammatory bowel disease (IBD), and cholangitis (inflammation of the bile duct) appear to co-exist in many cats. This is called “triaditis.” These three problems have overlapping clinical and diagnostic findings, which may make individual diagnosis difficult at times. 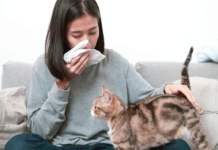 Foster Care: Are You a Candidate?