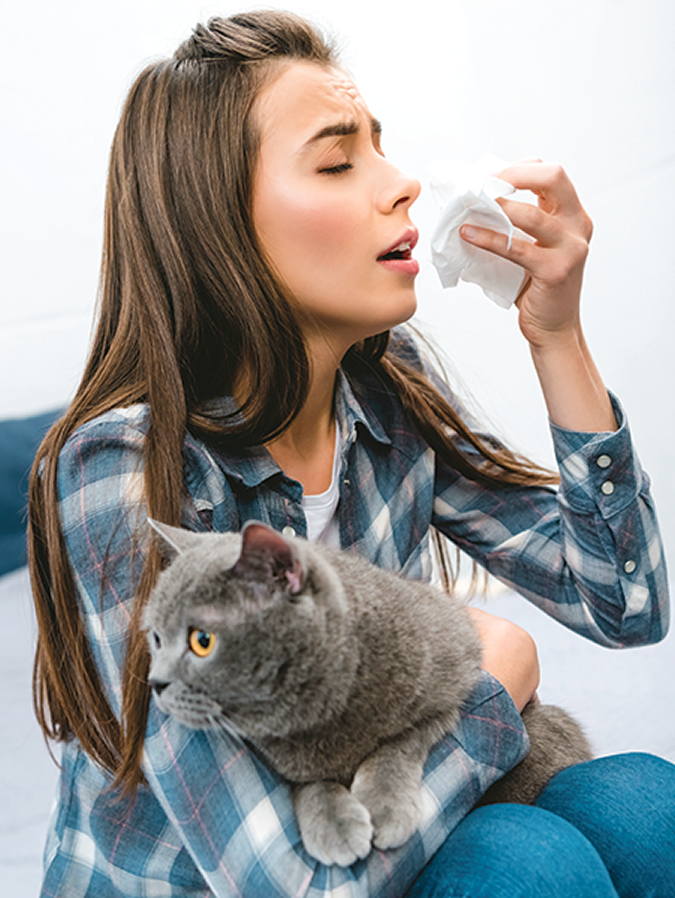 A study published in the peer-reviewed journal Immunity, Inflammation, and Disease in June 2019 found a statistically significant reduction in an allergen that comes from cats when they were fed an egg product that neutralizes the allergen.

Fel d1 is a major allergen from cats, produced primarily in their saliva and spread to their coat during grooming, and then to the environment. The researchers believed that the hair from cats who had been fed egg foods containing the antibody Fel d1 IgY would show a significant reduction in the active allergen. “The egg product includes anti-Fel d1 antibodies to counteract the natural Fel d1 without altering the cat’s physiology or nutrition,” says PetFoodProcessing.net.

The researchers evaluated hair from 105 cats over a 12‐week period. Hair was collected four times over the two‐week baseline period, then weekly during the 10-week treatment period, during which time cats consumed a food containing the antibody anti-Fel d1 IgY.

From the third week, the study found a significant reduction in the allergen with an overall average decrease of 47% by week 10, ranging from a 33 to 71% decrease compared to the baseline. Cats with the highest baseline allergen levels showed the greatest decrease.

The researchers concluded that feeding the antibody to cats successfully reduced the allergen on their haircoat, with the greatest decreases observed in cats with initially high levels. Feeding a diet with anti Fel d1 IgY significantly reduced the active Fel d1 on the hair of cats. The study was funded by Nestl Purina Research and conducted by Purina employees.