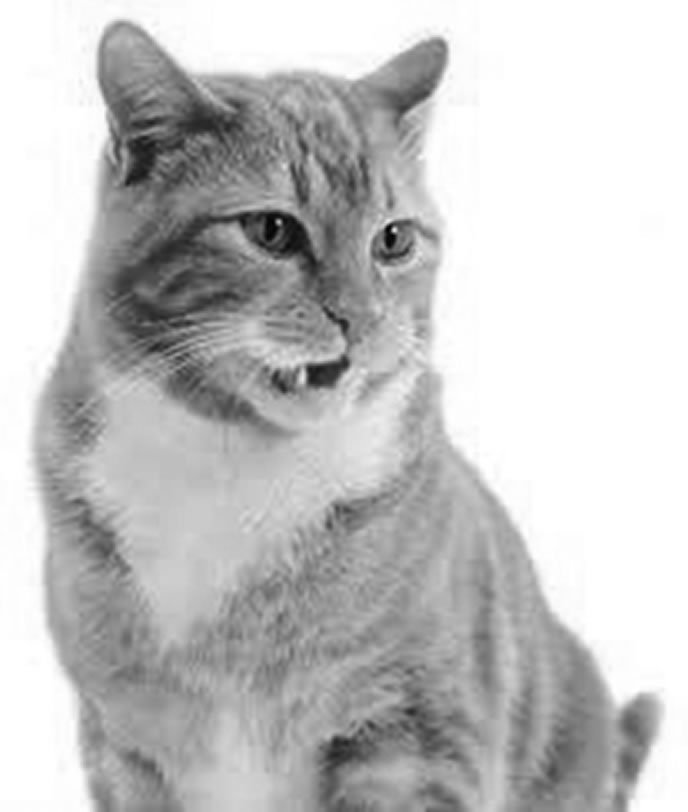 If your cat curls his top lip and inhales, he may look as if he’s smiling or even grimacing, but he’s actually sniffing out odors. The behavior, called the flehmen response, is particular to mammals, such as members of the cat family, horses, cattle and pigs.

Its basis, according to the Humane Society of U.S.: “Your cat’s sense of smell is so essential to him that he actually has an extra olfactory organ that very few other creatures have: the Jacobson’s organ [also known as the vomeronasal organ]. It’s located on the roof of his mouth behind his front teeth and is connected to the nasal cavity.

“When your cat gets a whiff of something really fascinating, he opens his mouth and inhales so that the scent molecules flow over the Jacobson’s organ. This intensifies the odor and provides more information about the object he’s sniffing. What he does with that information, well, we’ll never know.”