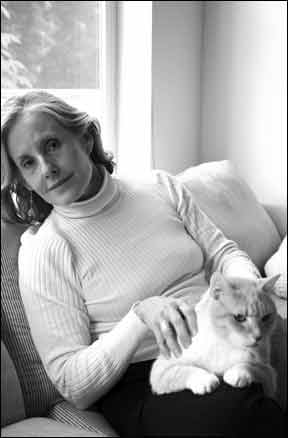 An estimated 65 million cats live in more than 30 million American households, certainly a staggering number. Equally staggering can be the offensive odors that their urine and feces can produce. Cat owners spend millions of dollars a year on products designed to reduce or eliminate these odors.

The chief odor producer is the urine. Unless the perpetrator is suffering from a serious temperamental or physical disorder, the smell will be caused by perfectly normal cats relieving themselves — or expressing themselves sexually or territorially — beyond the confines of their litter boxes or in boxes that are improperly maintained. The acrid, ammonia-like smell results from the bacterial breakdown of nitrogen-containing components in the urine once it is exposed to air. This can pose a frustrating dilemma to owners who love their cats and want to keep them indoors — but can’t tolerate the smell.

Kitty Litter Revolution. Believe it or not, there was a time when domesticated cats were primarily outdoor animals and their excretory behaviors were of no concern to their owners. If the rare indoor cat — equipped with a cardboard or wooden box, filled with newspaper scraps and sand — had an occasional accident, the matter was simply addressed with soap and water, baking soda or a vinegar solution and then forgotten.

A Breakthrough for Pet Owners. Edward Lowe’s invention 65 years ago of Kitty Litter changed all that. This granulated clay, in effect, gave owners the confidence to invite their cats to come in from the backyard or barn and join them in the parlor, thus protecting the cats from the many dangers that lurk outdoors.

Unfortunately, the cats brought their urine and associated odors right into the house with them. Today a baffling assortment of liquids, powders, crystals, sprays and foams line the shelves of pet supply stores, vying for the attention of odor-battered consumers. In the spirit of healthy competition, most manufacturers make unique claims for their products’ efficacy, environmental safety, aesthetic virtues, ease of use and so forth.

Some products are intended to mask odors, others to prevent repetition of “mistakes” in the same place, and still others to remove urine smells and stains from carpets, furniture and woodwork. Many people still prefer the basics, forgoing the frills for plain and inexpensive baking soda and vinegar.