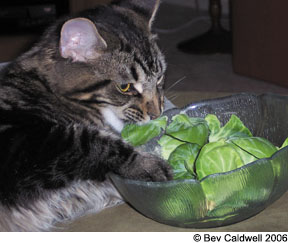 When it comes or hearing or seeing, a cats ability outshines that of its human caregiver. A cats sense of taste, however, is less refined than that of human beings, dogs or other mammals, such as pigs. The ability to taste is determined by receptors on the tongue (taste buds) and in the mouth and pharynx. Taste buds, more properly known as called papillae, are raised projections that come in four types: filiform, fungiform, falciform and foliate. Filiform papillae detect the texture of food rather than its taste but contribute to an animals acceptance or rejection of foods depending on how appealing the texture is. Cats have approximately 470 taste buds compared to a dogs 1,700 and a humans nearly 10,000.

The sense of taste allows cats to determine how appetizing a food is or whether a substance is toxic. Cats can differentiate among three of the four basic tastes: sour, bitter and salty. Sweetness eludes cats, however, as the gene that enables them to detect it doesnt function properly (see sidebar on next page). Taste also stimulates secretions of salivary, pancreatic and gastric juices to aid in digestion. Although kittens have functional taste receptors at birth, these dont mature for a few weeks. As with many species, the ability to taste diminishes with age. Diminishing ability to taste is not unusual, says Francis Kallfelz, DVM, professor of veterinary nutrition at Cornell Universitys College of Veterinary Medicine. Its part of the aging process.

Your Cats Sense of Taste
Your cat will be interested in a food that not only tastes good, but has an appealing aroma, appearance, texture and size. Dry kibble that is too big to chew, for example, may be a turn-off to a tabby.

No matter how nutritionally complete and balanced a cat food may be, it does no good for the cat if he wont eat it, so pet food companies invest a great deal of time and energy testing various cat food recipes to determine if they are palatable to cats. Cat food companies have testing facilities with hundreds of animals to test the palatability of different recipes, says Dr. Kallfelz.

The initial stage of testing a foods palatability measures how the cat responds to its aroma and appearance. In other words, does the cat begin to eat it, or does he ignore it, or even try to bury it? The second part of the testing involves determining how interested the cat is in the food by measuring the volume the cat eats over the tests time period. They put one food in one bowl and another in a second bowl and see which is preferred, says Dr. Kallfelz. Each bowl contains a different diet, and the contents have been weighed. The bowls are removed after a pre-determined time period, and the remaining food is weighed and subtracted from the amount of food originally in the bowl to get the volume consumed. At the end of the study, the pet food company compiles and analyzes the data to determine the palatability of each food.

Because cats need protein, they are attracted to food high in animal ingredients. To make dry food more appetizing and digestible, it is often coated with fat or digest – a protein source that has been broken down by enzymes. Cats are carnivores, says Dr. Kallfelz. Adding animal protein definitely increases palatability.

Cats often turn up their noses at food that has been in the refrigerator. Warming up their food at least to room temperature releases aromas and increases the likelihood that a cat will eat it. Food will give off aromas at warmer temperatures, says Dr. Kallfelz, so try to serve the food at least lukewarm.

Variety is the Spice of Life
When it comes to eating, cats have decidedly individual tastes, even for non-meat foods. The finicky feline may pussyfoot to your table to help himself to cantaloupe, chili, spaghetti sauce, olives, yogurt, oatmeal, iced tea, bread or vegetables. Cats may eat anything under the sun, says Dr. Kallfelz. You name it: Some cat somewhere has eaten it. Giving your cat an occasional treat of these foods is fine as long as the main part of his diet is nutritionally formulated for his needs. 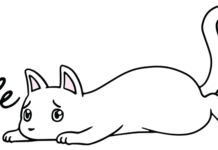 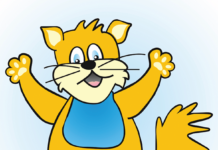