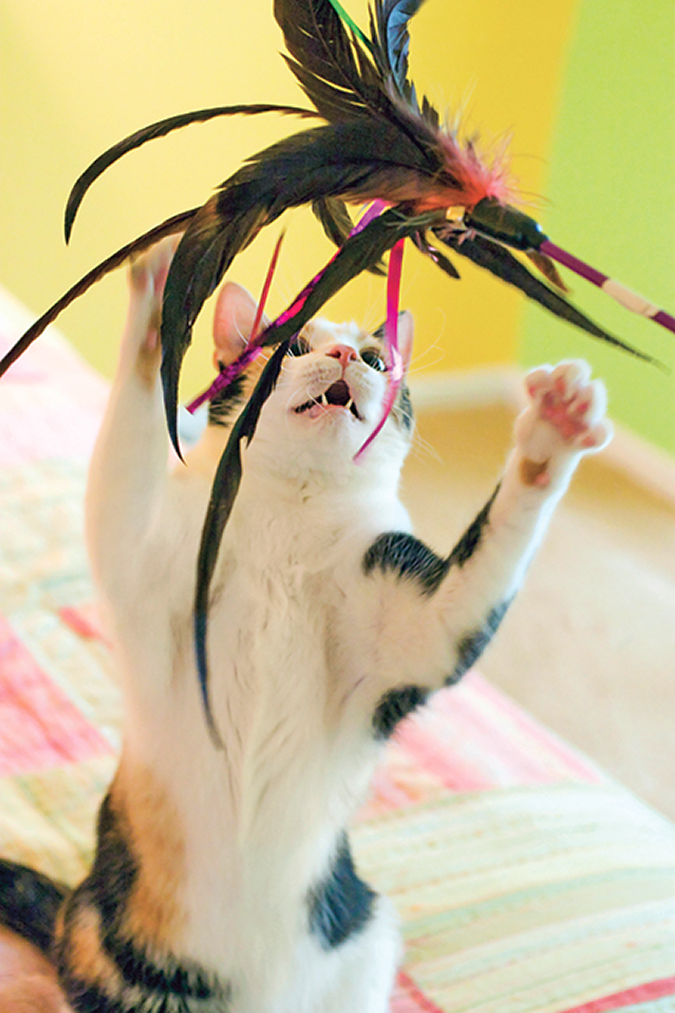 Laser pointers catch your cat’s attention, and rare is the cat who doesn’t chase that red dot. But it may not be all that fun in the end. While a bouncing laser causes the cat to leap and run, it doesn’t give the cat a satisfying finale: He can’t catch that beam, and he may end up feeling frustrated.

Most cat play is based on instinctive activity, like hunting, and cats enjoy the satisfaction of catching the object they are chasing.

Instead of a laser, consider interactive toys that can be captured, like a small “fishing pole” with a feathery “critter” on the end. The bouncing object more closely mimics the movement of prey.