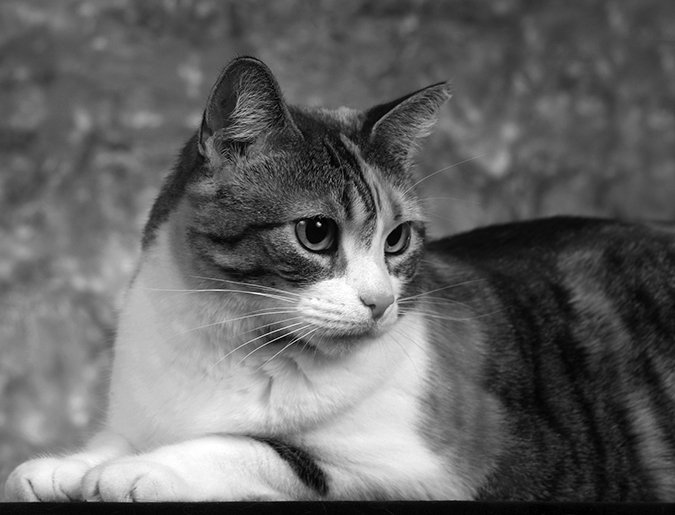 Q: I live in a three-room apartment with three beautiful, adorable kitties. I have two ionic air cleaners, a large one next to my kitties’ litter box and a smaller one in the living/dining/kitchen area. There is a warning on them not to breathe the air that comes out of them. Is there any potential for harm to my beloved kitties from these units?

A: I understand why you may want to use these devices for cleaning the air with three kitties in the house, and you are certainly not alone in doing this. Although kitties smell great to me, households with cats can sometimes generate odors that some people find objectionable, and there are a number of ways that owners choose to deal with this. Ionic air cleaners are one of the newer technologies that have been developed to address air pollutants.

Ionic air cleaners work by generating charged particles, or ions, that are dispersed into the environment. The theory is that these ions will attach to pollutant particles that are floating around in the air and, by virtue of their charge, cause the particles to either stick to surfaces (i.e., walls and furniture) or to other particles, causing them to settle on surfaces in the room.

In theory, these units, which are commonly portable, should work fairly well for pollutant particles; and there is evidence to suggest that in some cases, they may decrease the concentration of circulating pollutant particles in rooms in which they are used. This effectiveness appears to be very dependent upon the size of the pollutant particles; however, and to our knowledge, evidence that the use of these units results in a decrease in any particular disease process that is mediated by airborne particles (i.e., asthma, allergies) is lacking. These units are also not effective at decreasing gaseous pollution.

The potentially harmful effects of ionic air cleaners are the subject of debate. The primary concern is that in the process of producing ions, the units produce small amounts of ozone. Ozone is a molecule composed of three oxygen atoms, and many people are familiar with the importance of atmospheric ozone in protecting the earth from the potentially damaging ultraviolet rays of the sun.

While the ozone layer in the atmosphere is beneficial to us all, ozone at ground level may cause irritation and damage to mucous membranes and respiratory tissues. This effect is dependent upon the concentration of ozone molecules in inhaled air, with greater potential for negative health impacts expected with higher concentrations of ozone. The amount of ozone produced by these units varies considerably, and definitive answers about the effects of ozone on health are still not available.

Having said this, however, it makes sense that the highest concentration of ozone associated with these units occurs in their immediate proximity, so recommendations to avoid directly breathing in air as it leaves them is good common sense. There is no proof that ionic air cleaners will harm your kitties, but there is also no proof that they cannot cause harm. Given the current status of our knowledge concerning this issue, decisions regarding the use of these units will likely remain a personal choice that balances their potentially harmful effects with their perceived effectiveness.

The U.S. Environmental Protection Agency has a website that addresses a number of issues regarding air purification, including effectiveness and the potentially harmful effects of the various methods of cleaning the air. Please see this link for additional information.

In the interim, I think that if you are considering the continued use of ionic air cleaners, taking steps to assure that your kitties (and you) don’t breathe in the air that is in close proximity to them is a good idea. I hope that this clears the air with respect to your concerns, and please drop me a line to let me know how you’re doing when you get the chance.