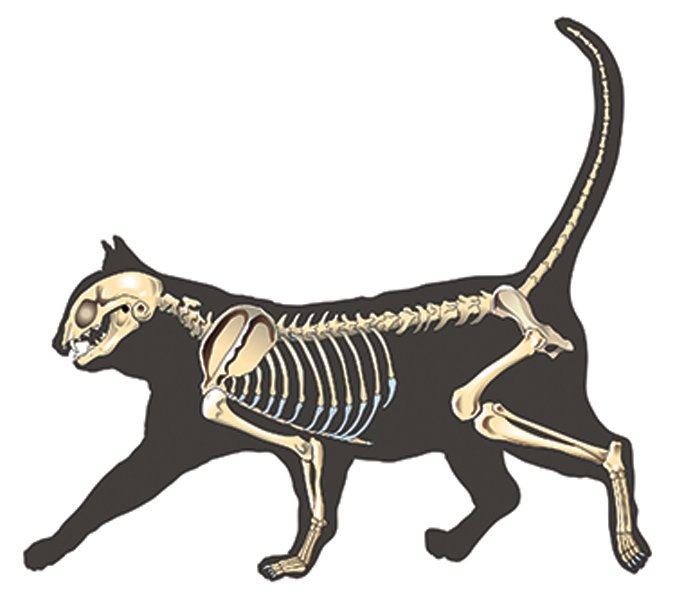 Modern domestic cats are at least 16 percent bigger than their Viking-Age ancestors (793-1066 AD), according to a Danish study shared by The Winn Foundation. Researchers excavated the remains of adult domestic cats at archaeological sites in Denmark as well as modern skeletal remains.

Interestingly, the ancient remains were unable to be divided by sex, but the comparisons were all made to female modern-age remains. This is believed to mean increases represent the minimum differences between the archaeological groups and modern cats.

Food availability is believed to be a factor, as cats transitioned from rodent hunters to house pets. Genetic changes may have played a role, too, but additional studies are needed.