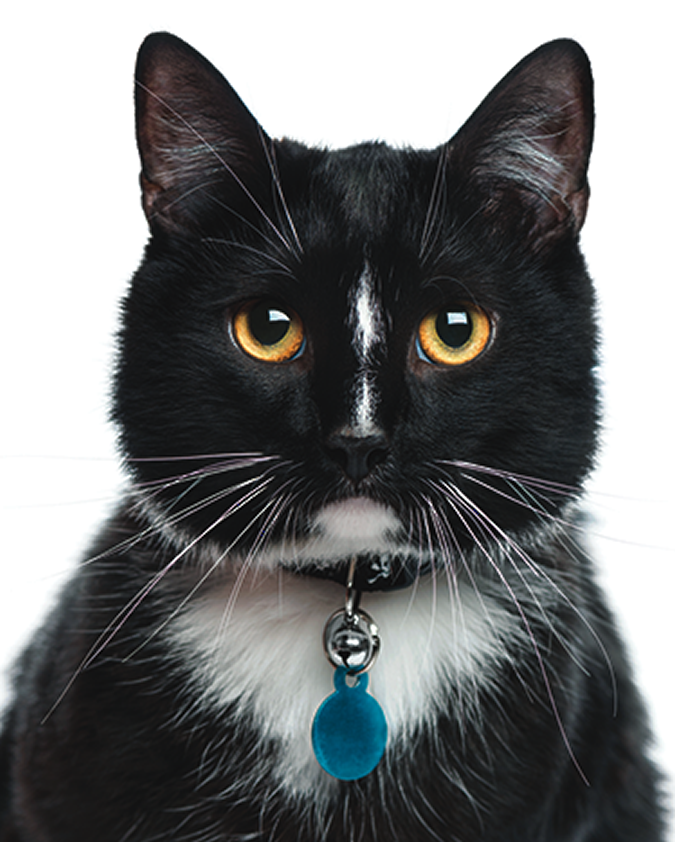 In the mid-1970s, manufacturers put polybrominated diphenyl ethers (PBDEs) into textiles, polyurethane foam, plastics, and electronics as flame retardants. But in 2004, U.S. manufacturers started phasing them out amid environmental and health concerns. Alternatives including organophosphate esters (OPEs), such as tris (1,3-dichloroisopropyl) phosphate (TDCIPP), were added instead, but recent research suggests that these flame retardants can also act as endocrine disruptors, just like PBDEs.

Prior research suggested a link between PBDE levels and feline hyperthyroidism, but researchers wondered if they could use silicone pet tags to assess hyperthyroid and non-hyperthyroid cats and their exposure to various flame retardants, including OPEs. Silicone picks up volatile and semi-volatile organic compounds, and wristbands made of the material have been used in studies to monitor human exposure to environmental chemicals.

The researchers recruited 78 cats ages 7 and older, half with hyperthyroidism and half without. They gave the cats’ owners silicone tags to put on their pets. After the cats had worn the tags for seven days, the researchers analyzed the silicone and found higher levels of TDCIPP from cats with hyperthyroidism. Among non-hyperthyroid cats, TDCIPP exposure correlated with serum concentrations of a hormone elevated in hyperthyroidism. Higher TDCIPP exposures were associated with air-freshener use, houses built since 2005, and cats that prefer to nap on upholstered furniture. n