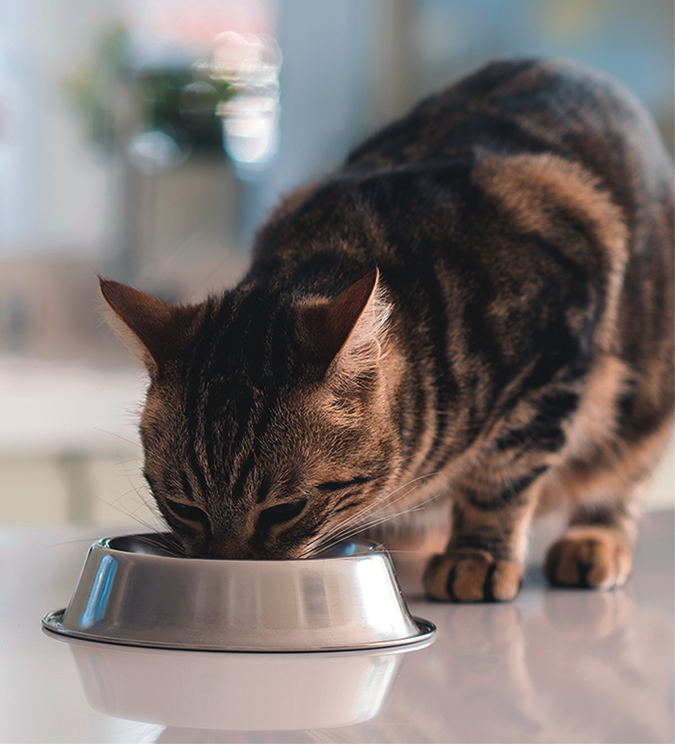 Q. There’s been a lot of stuff in the press lately about grain-free dog food being associated with canine heart disease and a mention of the occasional affected cat. Is there any reason at all to avoid grain in cat food?

A. Thanks for getting in touch, and this is a very good question. The issue of grain-free diets and their potential association with heart disease in dogs has received a lot of attention, and the Food and Drug Administration (FDA) recently responded to this developing story by releasing a number of statements informing the public of the status of our knowledge of this syndrome.

There are a few key issues that are important to point out. The first is that the specific cause of this potential increase in the incidence of heart disease (characterized by dilation of the ventricles, thinning of the walls of the ventricles, and decreased pump function) in dogs is unknown.

In some cases, it is possible that the heart disease was not due to diet; but many, if not most, of these cases occurred in breeds in which this type of heart disease is uncommon. More than 90% of the diets eaten by dogs in this report were grain-free (lacking corn, soy, wheat, rice, barley, and other grains), and 93% of these contained peas and/or lentils.

Many of the affected dogs were also eating diets that utilized non-traditional (exotic) meat sources (i.e. kangaroo). This raises concerns that the problem, if diet related, may not be due to the absence of grains, but rather to the presence of other ingredients such as peas, lentils or other legumes, and/or exotic meats.

Finally, some brands of dog food appear to be overrepresented in the cases reported to the FDA, raising concerns that the problem may be due to production, sourcing, or quality-control issues at certain dog-food production facilities, although none of these possibilities have been ruled in or out definitively.

Among cases initially reported to the FDA, 515 were dogs and only nine were cats. While the number of cats in this report is low, prudence dictates that these feline cases should not be ignored.

Two important aspects of determining which food(s) to feed any pet are the potential risk and benefits of a given diet to the well-being of the pet. In theory, a food that imparts benefit would be viewed more favorably, while a food associated with health risks would be viewed less favorably. The ideal food would be one that imparts great health benefit while incurring no health risk, and foods that are associated with health risks while providing no health benefit would be less than ideal.

To our knowledge, unless a specific sensitivity to grains has been demonstrated in a cat (this is very rare), feeding grains to cats had not been identified as causing any health problems (this is true for dogs as well).

Since feeding grain-free diets to cats (and dogs) may potentially cause heart problems (this has not been proven or disproven yet), and since there is generally no known benefit to feeding cats (or dogs) a grain-free diet, the consideration to avoid grain-free diets is, in my view, a reasonable one at this time, although this may certainly change as we learn more about this situation.

Of course, it is vitally important that this major decision be made in close consultation with a veterinarian and/or veterinary nutritionist, and we are closely monitoring this important evolving story.