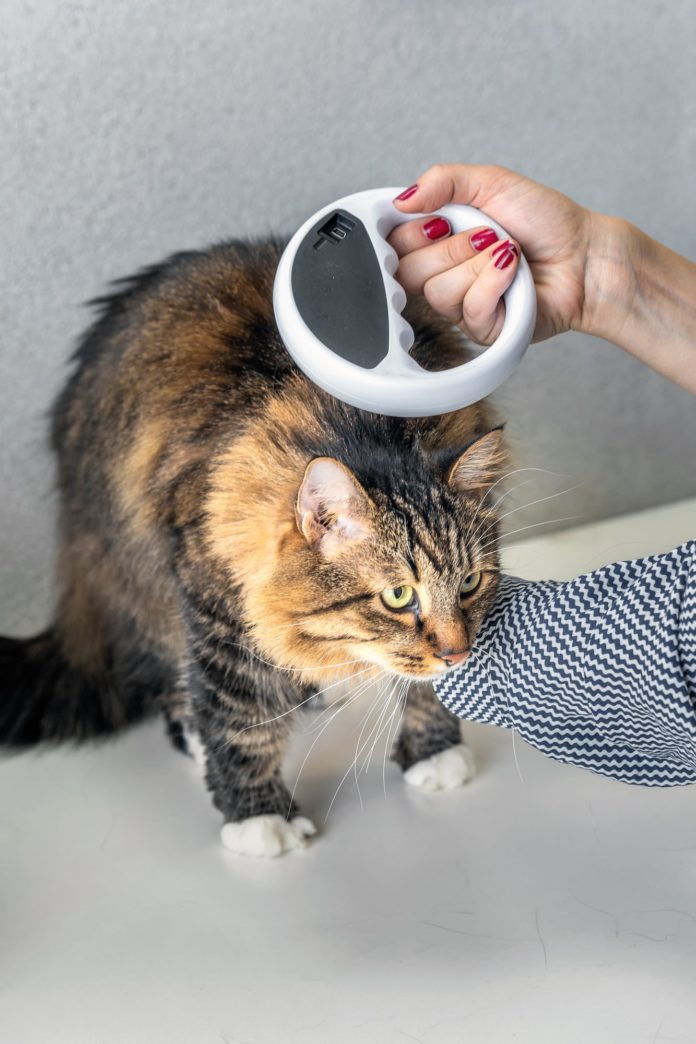 Q. One of our cats recently escaped and was missing for three days before we (thankfully) found him at the local shelter. While we were picking him up, the associate discussed our cat being microchipped. While we understand that this can be helpful, we are concerned about the possibility of this inducing a fibrosarcoma, which we understand is possible with this procedure. Can you provide some guidance?

A. Thanks for getting in touch, and I am so glad to hear that you and your kitty have been reunited. I know that losing a feline friend can be stressful (imagine how it is for us kitties!), and the fact that you are back together warms my heart.

I understand your concern about a microchip inducing a fibrosarcoma, as this phenomenon has been reported in a very few select cases; but it’s important to realize that in spite of the fact that millions of microchips are implanted in cats (and dogs), there are only a couple of case reports of fibrosarcomas being found at the site of microchip implantation. These tumors are more likely to be found at the sites of vaccination, which is why current recommendations are to give feline vaccines in the distal limbs, so that if a fibrosarcoma arises, the tumor is more amenable to surgical excision than it would be if it were found between the shoulder blades, which is where vaccinations have historically been administered to cats.

Even considering the case of vaccine-induced sarcomas, though, the incidence of this phenomenon is believed to be between 1 in 1000 and 1 in 10,000. In the vast majority of cases, the risk of a cat experiencing health problems as a result of infection by a disease that is preventable via vaccination is far more likely than the development of a vaccine-induced sarcoma, so vaccination remains a cornerstone of preventive medicine in cats (and many other species).

It’s also important to realize that microchips significantly improve the odds of a lost cat being returned to their home. It’s estimated that a lost cat that has not been microchipped has about a 2 percent chance of being reunited with his/her owner and that microchipping increases this likelihood to approximately 40 percent.

This number would probably be higher if owners of microchipped cats were more diligent about appropriately registering the microchip. In many cases, the reason that a microchipped cat is not returned home is that the owners never provided updated contact information to the microchip registry.

While the cause of these fibrosarcomas remains to be determined, it is quite possible (if not likely) that, in most cases, merely the trauma of having an object implanted under the skin (and the associated inflammation) is not sufficient to induce this type of cancer. There has been speculation that activation of the immune system by one or more of the contents in a vaccine is more usually the cause of vaccine-induced-fibrosarcomas in cats, but the jury is still out on this issue.

Given the things we know about fibrosarcomas associated with microchips in cats, it’s safe to say that this is a very rare occurrence, and my opinion is that the benefits of microchipping cats far outweigh the risks (the same is true for appropriately administered vaccinations). My recommendation would be to pursue having your cat microchipped and to carefully monitor the site for any signs of a mass developing. If you are concerned about the possibility of a problem at the site of implantation, your veterinarian is the best resource to seek out for advice. 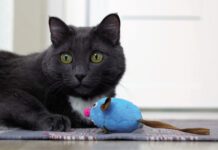