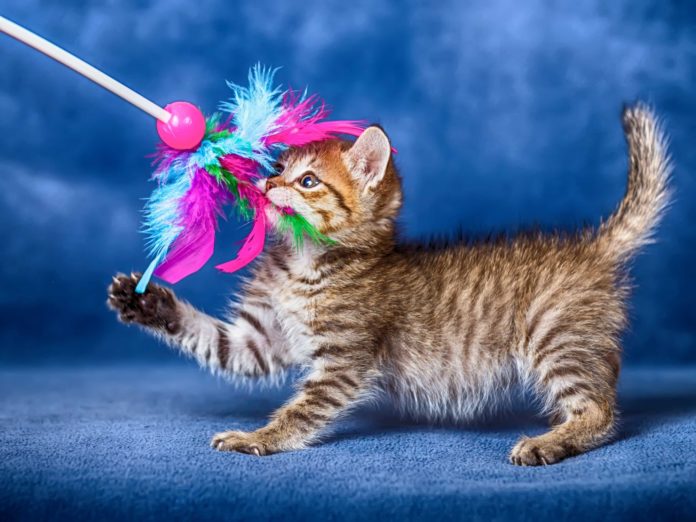 A study from Queen’s University, Belfast, says cats exhibit clear paw preference, much as humans do. Researchers recruited 24 neutered male and 20 spayed female cats and asked the cat owners to collect data on which paw cats used when they stepped down the stairs or over objects, whether they slept on the left or right side of their body, and which paw the cat used to reach for food inside a three-tier food tower.

Most cats showed paw preference when they reached for food (73%), stepped down (70%), and stepped over objects (66%). All male cats showed a preference for using their left paw, while females were more inclined to use their right paw.