Transitional cell carcinoma (TCC) is an aggressive, often metastatic, cancer. While a cure is not yet possible, veterinary care can slow its spread.

For diagnosis, your veterinarian may use bloodwork, chest/abdominal x-rays, and abdominal ultrasound. He or she may also recommend a biopsy, which is the gold-standard for diagnosis. Treatment options usually include chemotherapy, radiation, and surgical resection.

But these options might now change a bit. Researchers from multiple institutions collaborated on a retrospective study that looked at treatments and outcomes of 118 cats diagnosed with TCC over 27 years. The average age of the cats was 15 years with an equal split between spayed females and neutered males. All the cases had verified TCC through cytology or histopathology. Almost 80% of the cats had urinary tract symptoms over their lives, ranging from idiopathic cystitis to urinary stones or crystals.

The study showed that a variety of treatments had been tried for the cats. The use of nonsteroidal anti-inflammatory drugs (NSAIDs) such as piroxicam, meloxicam, and robenacoxib was included for most cats as part of a multimodal treatment plan. Chemotherapy was incorporated into therapy for many of the cats, with mitoxantrone being the primary agent. Three cats were treated with radiation therapy. Twenty-eight cats had a partial cystectomy, which is the surgical removal of the bladder.

After analyzing the cases, the researchers found that cats who underwent surgical resection of the tumor and received NSAIDs had a longer survival time and better prognosis than cats who received other treatments for TCC. 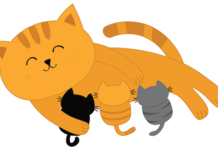