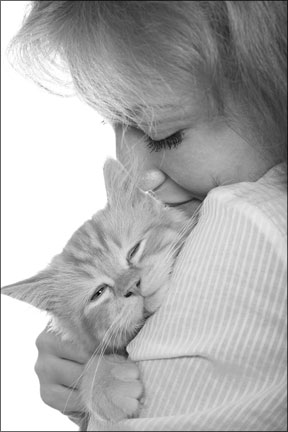 A specific gene affecting a mouse’s sense of smell helps it avoid predatory cats, according to research at Northwestern University. Neurobiologist Thomas Bozza, Ph.D., and his team found that removing an olfactory receptor responsible for detecting certain odors can impact a mouse’s survival.

The gene, TAAR4, controls production of a receptor that detects a substance concentrated in carnivores’ urine. Usually, mice avoid the scent marks of predators, but those lacking the TAAR4 gene do not — and can end up as prey.

Northwestern offers this perspective in reporting on the study: “Unlike our sense of vision, much less is known about how sensory receptors contribute to the perception of smells. Color vision is generated by the cooperative action of three light-sensitive receptors found in sensory neurons in the eye. People with mutations in even one of these receptors experience color blindness. In contrast to the three color receptors, humans have 380 olfactory receptor genes, while mice have more than 1,000.”

It is easy to understand how each of the three color receptors is important and maintained during evolution, says Dr. Bozza, whose study was published in the journal Nature. “But the olfactory system is much more complex.”

The consensus in his field was that removing a single gene would not have a significant effect on odor perception, says Dr. Bozza, Assistant Professor of Neurobiology in the Weinberg College of Arts and Sciences at Northwestern.

However, his team members found just the opposite — the gene plays a pivotal role. In one of their experiments, they removed the TAAR4 gene in mice. The result: The mice failed to avoid the smell of predator cat urine.

For Heart Health
In a somewhat guarded statement, the American Heart Association says that pet ownership may be “reasonable” for reducing the risk of cardiovascular disease. “We didn’t want to make this too strong of a statement,” says Glenn N. Levine, MD, at Baylor College of Medicine, who chaired the committee that wrote the statement. “But there are plausible psychological, sociological and physiological reasons to believe that pet ownership might actually have a causal role in decreasing cardiovascular risk.”

–The association cites the benefits of pet ownership, including:

However, it offers two caveats about the positive effects of pet ownership: It simply may be that healthier people have pets. And, the association says, “Pet adoption, rescue or purchase should not be done for the primary purpose of reducing CVD risk.”