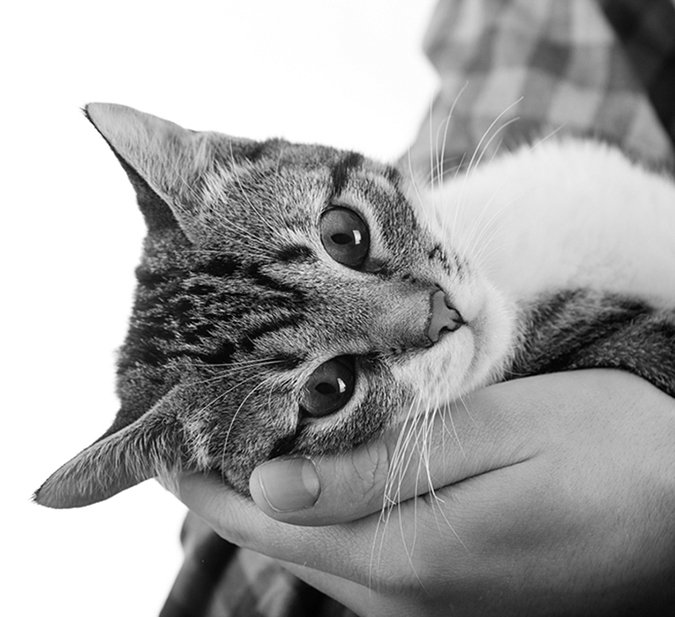 Hand-wrestling your kitten or newly adopted cat may seem like harmless play, but if either would happen to scratch you, you could develop an infection requiring treatment for cat scratch disease (CSD).

This rare but potentially serious condition is estimated to affect about 12,500 people annually in the U.S., including 500 hospitalized for treatment. The incidence is higher than medical experts anticipated, according to a new study released by the Centers for Disease Control (CDC).

Cat scratch disease is caused by the bacteria Bartonella henselae, which is spread primarily by fleas among cats and less commonly among dogs. Kittens and cats harboring flea infestations are especially prone to infection. In some cases, B. henselae may be transmitted from infected cats to humans via scratches or bite wounds. While most healthy people can recover, severe cases can affect the brain, eyes and heart.

However, “There is no need to panic,” says cardiologist Bruce G. Kornreich, DVM, Ph.D., Associate Director for Education and Outreach at the Cornell Feline Health Center. “The best way owners can prevent their cats from becoming carriers of this disease is to keep them indoors and practice good flea prevention. In addition, keeping cats away from other cats who spend time outdoors and/or who have fleas is important.”

The Centers for Disease Control found the incidence of cat scratch disease in the U.S. to be highest among people who live in the South (6.4 cases per 100,000 people) and among children 5 to 9 years of age (9.4 cases per 100,000). Most diagnoses were made during the month of January for reasons that remain unclear.

Dr. Kornreich says that 25 to 40 percent of cats have Bartonella henselae, but diagnosis in cats is difficult and usually not necessary because most cats display no signs. He urges you to seek veterinary care if your cat displays any of these symptoms:

– Redness/swelling of the gums and mouth

– Cloudiness or redness in the mucous membranes of the eyes

– Excessive blinking, closing of the eyes or sensitivity to light

“It is unclear why the vast majority of infected cats do not show signs of disease, but it is likely that some aspect of their immune function provides protection,” Dr. Kornreich says.

If untreated, an infected person can develop redness, swelling and blisters at the bite or scratch site, swollen lymph nodes, low-grade fever, fatigue, headaches and, in severe instances, systemic infections. Although rare, untreated systemic infections can lead to encephalopathy, or abnormality of brain function; neuroretinitis, inflammation of the optic nerve and retina in the eye; and osteomyelitis, a bacterial infection in the bones.

Importantly, severe complications of CSD are rare in people who have normally functioning immune systems. Those at greatest risk are people with compromised immune systems, such as the very young and the elderly, those receiving immunosuppressive chemotherapy, and those with HIV infections.

In addition to transmission via bites or scratches, exposure of a person’s open wound to infected flea feces or to the saliva of an infected cat is also a risk factor. “While the possibility of infection occurring via the saliva of an infected cat getting into the eye of a person exists, I cannot find a documented case of this occurring in the scientific literature,” says Dr. Kornreich. “This is not to say that the eyes cannot be affected in people with CSD, as this can happen in very rare cases, but documentation of infection occurring via this route is lacking.”

CSD is diagnosed in people based on a health history that includes contact with cats and the symptoms listed above. In some instances, a blood test may be performed to see if a person has developed antibodies to Bartonella (suggesting exposure to the bacteria), and in very rare cases, swollen lymph nodes may be aspirated to look for the presence of the bacteria. A number of effective antibiotics are available for treatment.

Dr. Kornreich’s parting advice: “It’s important to realize that CSD is not a new disease and that the benefits of cat ownership far outweigh the risks of CSD provided that these precautions are taken.”

How to Reduce the Risk of Cat Scratch Disease

While cat scratch disease is not common, cat owners should be aware of the health concern and that they can take steps to minimize the likelihood of contracting it, says Bruce G. Kornreich, DVM, Ph.D., at Cornell. Preventive measures include:

3. Not letting cats bite or scratch or lick your open wounds.