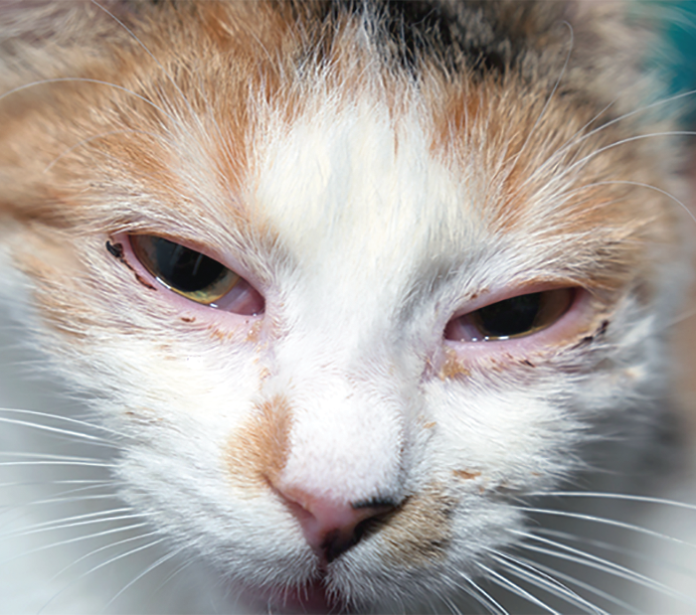 Q. Recently my kitten was diagnosed with a corneal ulcer. After initial treatment and follow-up with an ophthalmologist, she was given a clean bill of health. Discharge instructions stated to continue to give her L-lysine on a regular basis. It was suspected the corneal ulcer was due to the herpes virus infection.

I have since read a study indicating that L-lysine was not effective in treating ocular problems associated with the feline herpes virus. This study indicated it also can cause problems.

What is your opinion on the use of L-lysine to help prevent FHV recurrence/transmission and to treat FHV symptoms/problems?

A. Thanks very much for getting in touch, and I am very sorry to hear of your kitty’s problems. I hope this letter finds her doing well. The first thing to note is that it is very important that you continue to follow the recommendations of your veterinarian, as he/she is most knowledgeable about your cat’s health status and has regular contact with her.

As I hope you can understand, it would be inappropriate for me to contradict the recommendations of a veterinarian that has established a relationship with a patient from afar. Seeking a second opinion, perhaps from a veterinary ophthalmologist, is something that you may consider if you have any concerns, but it is likely that you will find conflicting opinions about this controversial issue among different veterinarians.

The understandable controversy surrounding this issue is primarily due to conflicting results of published studies addressing the effectiveness and safety of L-lysine in the treatment of ocular problems (primarily keratitis, or inflammation of the cornea) caused by feline herpes virus infection.

With respect to the risk of using L-lysine in cats, the possibility of deleterious effects has been raised by the results of a few studies, and the authors of these studies have proposed that these effects may be mediated by the negative influence of L-lysine administration on the levels of arginine, an amino acid that is vital to a number of metabolic processes. Other studies have refuted these claims, so the risk of using L-lysine in cats has not been well characterized.

It is important to note that despite the controversy surrounding the use of L-lysine, there are other antiviral drugs that been shown to be potentially useful in the treatment of feline herpes virus infection. There is also general agreement that in many cases, the ocular effects of feline herpes virus infection are ultimately self-limiting. Supportive care and prevention of secondary bacterial infections are important treatment goals in managing cats with the viral infection.

I wish I had more definitive advice, but the fact of the matter is that the current state of our knowledge of how best to treat this common infection is incomplete. This has caused the controversies noted above (and that you have encountered), but I am hopeful that ongoing research will shed more light upon this important issue.

In the interim, please continue to work closely with your veterinarian, and it is perfectly reasonable to discuss this with him/her in greater depth so that you are as informed as possible.