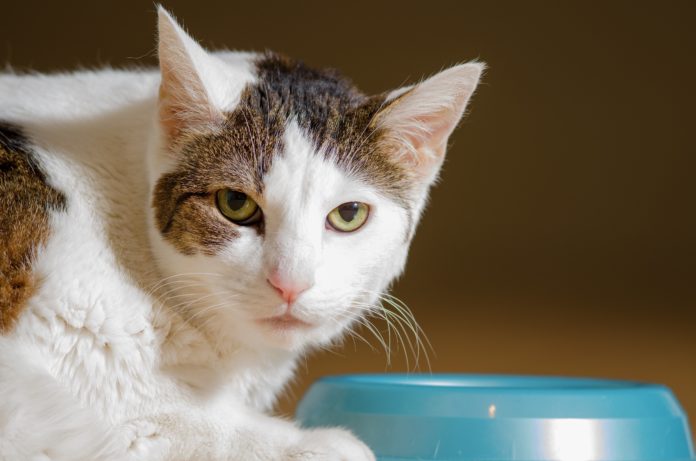 Salmonellosis is a bacterial infection seen in humans and many animals. While dogs and cats are fairly resistant to the toxins, even they can become ill.

This is a food-borne illness, often associated with raw eggs or raw meat. With an increase in interest in feeding cats raw diets, more cases of Salmonella illness have been noted in cats.

Winn Feline Foundation reported on two cases of salmonellosis found in two cats from the same household. Both cats had vomiting and diarrhea, with some blood and mucus in the diarrhea. Weight loss had also occurred. The cats were fed a commercial frozen poultry raw diet.

Fecal samples and food samples were all positive for Salmonella. The raw diet was discontinued and both cats recovered nicely with treatment.

If you choose to feed a raw diet to your cat, you must be scrupulous about good food hygiene and handling practices. This bacteria and its toxins can occasionally be found in commercial dry foods but the risk is higher for raw foods. A study done by the FDA’s Center for Veterinary Medicine found Salmonella in 15 samples of raw pet food but only one sample of dry cat food.

The Centers for Disease Control (CDC) warns that people can pick up Salmonella from handling their cat’s raw food. Signs in people include fever, vomiting, and diarrhea. Most people recover within a week. Infants, elderly people, and those with weak immune systems are more likely to develop serious illness. They may require hospitalization, and there is a risk of death.