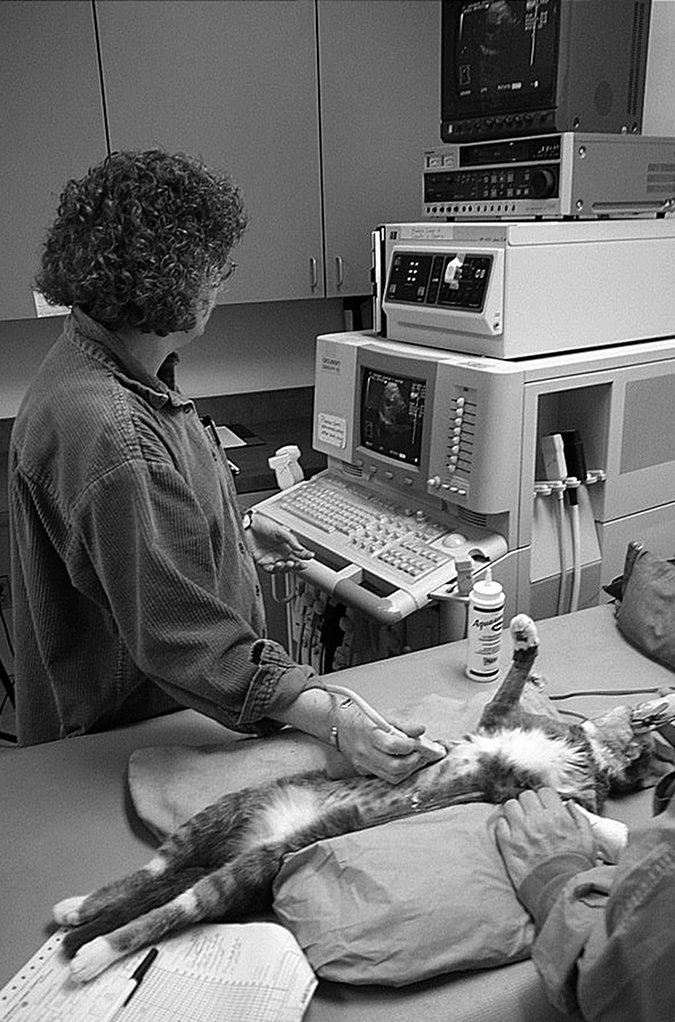 Feline pancreatitis has always been difficult to detect and treat. At least one study, now nearly a decade old, found that the potentially deadly disease might affect more than 60 percent of cats, yet only a small percentage are ever diagnosed.

The reasons lie in the widely varying characteristics and unknown elements of the disease, in which the pancreas becomes inflamed. Some cats will display only mild signs such as lack of appetite and lethargy, while growing evidence suggests that many cats with chronic pancreatitis show no symptoms at all. In addition, the vast majority of cases can’t be traced to a specific cause.

Cats’ very nature also presents a challenge. “Cats are particularly difficult to diagnose because they often don’t show pain or vomit when they are experiencing pancreatitis as dogs often do,” says Meredith L. Miller, DVM, ACVIM, a lecturer in small animal medicine at Cornell University College of Veterinary Medicine.

When veterinarians suspect pancreatitis in cats, however, their ability to confirm the disease is improving, thanks to advanced and sensitive diagnostics such as computed tomography (CT) and contrast ultrasound, though these diagnostics are still largely used in university or research settings. A test for feline pancreatitis — indicating the presence of the enzyme pancreatic lipase immunoreactivity (PLI) — replaced previous less-precise blood tests but isn’t 100 percent accurate.

“A biopsy is the gold standard for diagnosing pancreatitis, but they are rarely performed due to the invasiveness of obtaining a pancreatic biopsy,” Dr. Miller says.

Instead, veterinarians typically base their diagnosis on clinical signs, including fever, difficulty breathing and increased heart rate, as well as lab work results and abdominal ultrasound findings. “Ultrasound is fairly sensitive for pancreatitis diagnosis in about 60 to 70 percent of cases, but it depends on the skill of the veterinarian using it,” Dr. Miller says. “CT and contrast ultrasound are found to be more sensitive for the diagnosis of pancreatitis, but their use is limited by cost and availability of equipment.”

The Role of the Pancreas

The pancreas is a small, V-shaped strip of tissue within the cat’s abdomen. It’s part of the endocrine and digestive system, vital for the digestion of food and production of insulin. When the pancreas becomes inflamed, the flow of enzymes into the digestive tract can become disrupted, and digestive enzymes can be forced out of the pancreas and into the abdominal area.

When this occurs, the enzymes can begin to break down the fat and proteins in other organs. In simplest terms, the body begins to digest itself. The kidney and liver can be affected, and the abdomen can become inflamed and infected as well. If bleeding occurs in the pancreas, shock and death might occur.

Cats of any age, breed or sex can develop pancreatitis. Most patients are middle-aged or older, and most cases are idiopathic, meaning of unknown origin. Trauma, infection, parasites or reactions to certain drugs are possible causes. Siamese cats seem to be at greater risk than other breeds, which suggests a possible genetic component to the disorder. In dogs, pancreatitis is often thought to be related to nutritional factors, such as excessive fat in their diets. However, this is not thought to be the case with cats.

“The specific causes of pancreatitis remain unknown,” according to the Cornell Feline Health Center. “Something, perhaps a defect in an animal’s natural defense mechanisms, triggers the disease and results in digestion of the pancreatic tissue,” the center says, adding that some people believe it can be caused by ingestion of insecticides or other toxins.

In some cases, physical trauma — being struck by a car, for example — has been associated with the disease, the center says. “And various infectious disorders, such as toxoplasmosis and feline infectious peritonitis, have been cited as possible causes, as have such factors as adverse drug reactions, inflammatory bowel disease, liver disease and parasitic infection.”

Pancreatitis can progress rapidly in cats but can also often be treated without permanent damage to the organ. However, if pancreatitis goes untreated over time, organ damage can occur. Uncommon but serious complications of chronic pancreatitis in cats can include:

– Exocrine pancreatic insufficiency: Long-term inflammation of the pancreas can lead to a reduction in the amount of digestive enzymes produced by the organ. This limits the body’s ability to digest food properly and can result in weight loss and increased fecal volume. In these cases, cats might require digestive enzyme supplements.

“Pancreatitis can range from mild cases that can be treated on an outpatient basis to severe cases that warrant hospitalization and intensive care,” Dr. Miller says. “Cats in particular require special attention paid to their nutritional needs,” Dr. Miller says. Hepatic lipidosis, also known as fatty liver syndrome, is a life-threatening complication of anorexia in cats on its own. “An esophagostomy tube, a feeding tube that goes into the side of the neck in cats, is often placed to provide adequate nutrition to prevent or reverse this potentially devastating complication.”

Some cases might require surgery to remove large accumulations of fluid such as a pancreatic cyst or abscess, or to remove damaged tissue when a blockage occurs and causes inflammation.

For severe cases, owners should be prepared for five to seven days of hospitalization for their cat, in which costs might climb to between $3,000 and $5,000, Dr. Miller says.

Owners should also expect to dedicate time to their cats’ recovery at home by administering medications or specific diets. “The challenge is that, with severe pancreatitis, the major therapy is time and supportive care,” Dr. Miller says. Unfortunately, we can’t predict which patients will recover fully and which may experience complications until we attempt intensive care. There is no magic-bullet therapy for this disease.”

With proper management, mild, uncomplicated cases have a favorable prognosis. Cats with severe pancreatitis, including frequent, acute attacks, have a guarded prognosis. When their cats’ quality of life declines, owners may consider euthanasia to end their suffering.

“Fortunately,” Dr. Miller says, “veterinarians have pancreatitis on their radar more than ever, even though the clinical signs shown by the patient may be subtle or non-specific. That awareness, coupled with advances in diagnostics, is improving our success in recognizing and treating this complicated condition.”

Treatment of pancreatitis usually focuses on supportive care to address a cat’s symptoms. These are the most common therapies:

– Diet: Once vomiting has stopped, reintroduction of food will help recovery. A feeding tube may be required if the cat refuses to eat. His veterinarian will advise on the most appropriate diet.

– Pain control: Initial pain management might include injectable drugs, but special skin patches can be used to maintain comfort later. The patches can be worn when the cat comes home as well.

Treatment of other symptoms can include anti-vomiting medication, antacids and anti-ulcer drugs, antibiotics, vitamin B12 and anti-inflammatories to increase a cat’s comfort.