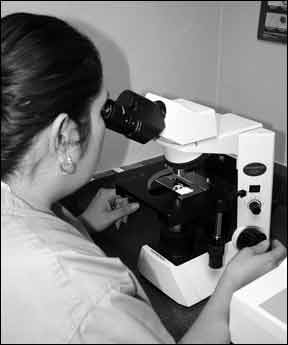 The Importance of Fecal Exams

In this recent study (“Prevalence of fecal-borne parasites detected by centrifugal flotation in feline samples from two shelters in upstate New York,” in Journal of Feline Medicine and Surgery, 2011), fecal samples from 1,322 cats from two shelters and foster homes in upstate New York were processed for parasite detection over three-and-a-half years. All samples were processed by zinc sulfate and sugar double centrifugal flotation.

In slightly over half of the samples (50.9 percent), at least one parasite was detected upon microscopic examination, and at least 18 different parasites ranging from 0.2 percent to 21 percent in prevalence were recovered in the process. The two most prevalent parasites in this study were Cystoisopora species and Toxocara cati (each had a prevalence of 21 percent). The next most prevalent was Giardia species cysts at 8.9 percent, followed by Aelurostrongylus abstrusus (the cat lungworm) at 6.2 percent.

The remaining parasites were each found in less than 4 percent of the samples: taeniids, Cryptosporidium species, Ancylostoma species, Cheyletiella species, Dipylidium caninum, Otodectes species, Toxoplasma gondii, Sarcocystis species, Demodex and Spirometra species, Alaria species and Felicola subrostratus. These results indicate prevalence determination based solely on fecal examination is likely to underestimate the true prevalence of infection in the population.

Many of the parasites detected in the study are acquired by predation, which is even possible in owned cats that have outdoor access or the potential for visits from mice and other transport hosts (such as fleas, etc.). These findings support the recommendations that all pets — even those under routine veterinary care — should have at least one fecal examination and should be placed on year-around prevention for internal and external parasites.

Domestic cats, wild bobcats and pumas that live in the same area can share the same diseases — and domestic cats may bring them into human homes, according to results of a study of what happens when big and small cats cross paths. This study — published in the scientific journal PloS by a group of 14 authors — provides evidence that domestic cats and wild cats that share the same outdoor areas in urban environments also can share diseases such as Bartonellosis and Toxoplasmosis. Both can be spread from cats to people.

The study looked at urban areas in California and Colorado. The three diseases that the scientists tracked — Toxoplasmosis, Bartonellosis and feline immunodefiency virus (FIV) — were all present in each area. The research also demonstrates that diseases can be clustered due to urban development and major freeways that restrict animal movement.

“The results are relevant to the big picture of domestic cats and their owners in urban areas frequented by wild cats such as bobcats and pumas,” explained Sue VandeWoude, a veterinarian at Colorado State and co-leader of the project. “The moral of this story is that diseases can be transmitted between housecats and wildlife in areas they share, so it’s important for pet owners to keep that in mind.”

The researchers followed wild and domestic cats in several regions of Colorado and California to determine whether the cats had been exposed to certain diseases. The effort includes data from 800 blood samples from felines of all sizes, including 260 bobcats and 200 pumas, which were captured and released, and 275 domestic cats.

“As human development encroaches on natural habitat, wildlife species that live there may be susceptible to diseases we or our domestic animals carry and spread,” said Kevin Crooks, a biologist at Colorado State and co-leader of the project. “At the same time, wildlife can harbor diseases that humans and our pets can in turn get. Diseases may be increasingly transmitted as former natural areas are developed.”