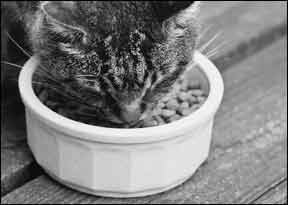 Heart Disease in Cats
Diagnostic decision-making can sometimes present a challenge to veterinary clinicians when they are presented with an apparently healthy adult cat with a heart murmur. Murmurs can be associated with cardiac disease — though some studies have also identified benign causes of murmurs in cats. Auscultation alone will not differentiate the cause of the murmur and additional diagnostics will be required.

Feline murmurs can be inducible (upon physical provocation such as stress, fear or pain) or non-inducible (continuously present). A high percentage of cats with inducible murmurs appear to have no evidence of structural heart disease. This study (“Prevalence of echocardiographic evidence of cardiac disease in apparently healthy cats with murmurs,” Journal of Feline Medicine and Surgery, 2011) studied 32 owned cats that were considered healthy based upon history and physical examination except for a heart murmur on auscultation.

The authors found that 53 percent of these apparently healthy cats evaluated for a heart murmur had echocardiographic evidence of cardiac disease. Most of these cats had left ventricular concentric hypertrophy (LVCH) with a small minority identified with degenerative mitral valve disease. The cause of the murmur could not be determined in 50 percent of the cats.

Therefore, based on this study, the presence of a murmur in an apparently healthy cat has an approximately equal chance of having a physiological cause versus being associated with cardiac disease.

A Cure In a Can? Not So Fast …
One recent development in the world of hyperthyroidism is the possibility of a dietary ‘fix’ (see related article in this issue of CatWatch). In 2011, the Hill’s Company (makers of 20 prescription diets for both dogs and cats, and of over-the-counter Science Diet) released a special diet designed for hyperthyroid cats, called “y/d.”

The diet works by restricting the amount of iodine in the cat’s diet to under 0.3 parts per million on a dry matter basis. Normal cat foods have higher iodine levels. Because y/d is so new, many veterinarians cannot yet vouch for this diet. “No publications have yet described the diet’s effectiveness, so I’ve not yet started recommending this diet for my hyperthyroid patients. But I eagerly await additional information,” explains Michael Stone, DVM, internal medicine specialist at the Cummings School of Veterinary Medicine at Tufts University.

According to Ryane Englar, DVM, practitioner-in-residence and consultant at Cornell University’s Feline Health Center, “The small number of patients enrolled in Hills’ studies leaves additional studies to be desired,” notes Dr. Englar. “Also, since palatability is so individual with cats, it remains to be seen how well patients will tolerate it, and how well y/d will work in multi-cat households.”

Ned Dykes, DVM — a veterinary radiologist at Cornell University’s College of Veterinary Medicine — agrees. “The efficacy of the diet in hyperthyroid cats outside of a controlled colony needs to be studied. Since we still don’t know the precise cause of the disease, we don’t yet know if nutritional treatment will cure, or merely control the problem.”