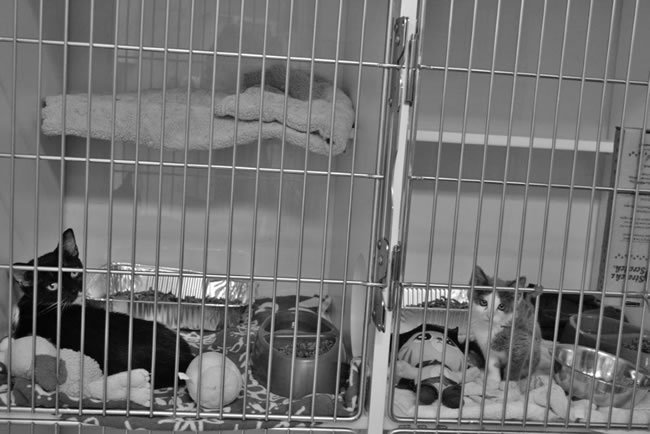 Of all the animals in shelters, young kittens are usually the most at risk. Theyre fragile, prone to infectious illnesses and have special care needs. While some are placed in foster homes to be hand-raised until they are old enough for adoption, many shelters euthanize them as soon as they are brought in because they dont have the infrastructure or staff to care for them.

To give the kittens a chance at life, some shelters are taking a new approach: Theyre operating kitten nurseries. When the foster system is overwhelmed or when the needs go beyond the care that can be provided in individual homes, a kitten nursery provides a sort of intermediate or intensive care ward where these populations can be supported, treated and socialized, says Elizabeth A. Berliner, DVM, MS, ABVP, the Janet L. Swanson Director of Shelter Medicine at Cornell University College of Veterinary Medicine.

Growing Trend. In a small but growing movement around the country, shelters, including the Neonatal Kitten Nursery Program at Austins Pets Alive, are making a difference by expanding the number of kittens who can be cared for – as long as the shelters have adequate housing, staff and volunteer force, as well as careful medical oversight and protocols.

One of the efforts is a coalition comprising Jacksonville Humane Society, Jacksonville Animal Care and Protective Services and First Coast No More Homeless Pets. Together, they saved approximately 600 kittens during their first year of operation and doubled that number in their second year in 2013. This year were forecasting it will be 1,500 or 1,600, says JHS Executive Director Denise Deisler.

Caring for bottle babies, the youngest, tiniest and most vulnerable kittens, is highly labor intensive. Their immune systems are not yet fully functional, they have specific nutritional needs, and they need close monitoring to ensure that they dont fall prey to deadly infectious diseases and low blood sugar, Dr. Berliner says. She adds that one of the best measures of kitten health is reliable weight gain, so kittens must be weighed daily to ensure that they are steadily putting on the ounces.

Because of these special needs, Deisler and her staff decided that focusing on bottle babies was not the best use of the nursery facility. Instead, they farmed out the babies to foster homes and focused what they call Kitten University on youngsters who were already weaned.

It worked out beautifully, she says. Bottle babies need to be in the space longer, so if we fill up with bottle babies, we dont have room to take in the 3, 4 and 5-week-olds whose chance of surviving is much greater. It also made it easier for us to attract foster parents, because we could assure them that while bottle-feeding babies isnt a simple task, it was a very short task and we would bring the kittens into the nursery as soon as they were weaned from the bottle.

Close Monitoring. The advantages of a kitten nursery are more centralized care procedures, a support system and the ability to closely monitor the populations, Dr. Berliner says. Those same advantages can have a downside, though: the possibility that illness can rapidly spread to all the kittens.

One of the most important factors in successfully running a kitten nursery is preventing the spread of disease. While having kittens in a centralized area makes it easier to care for them, it can also heighten the risk of infection. Staff members and volunteers working in the kitten nursery must have special training in disease prevention when working with these highly susceptible kittens and, sometimes, their mothers.

It is critical that staff and volunteers working in a kitten nursery have training in basic biosecurity: hand-washing, fomite [objects that can be contaminated] control, and wearing of gloves and other personal protective equipment, Dr. Berliner says. They should also have protocol-based systems for caring for and monitoring kitten health, as well as guidelines for play and socialization.

At JHS, kittens are housed in separate rooms grouped by age. That way, the kittens in a particular area are all provided the same level of care. They can also be isolated more easily if disease breaks out.

A cadre of devoted volunteers is essential as well, not only to foster bottle babies but also to work in the nursery. Deisler aims to have two to four volunteers per shift at three shifts a day, seven days a week. If they run short of volunteers on a given day or shift, the staff works harder, but Deisler finds that publishing a Kitten University newsletter and keeping the pantry well stocked with snacks helps keep volunteers coming in.

Once they reach 8 weeks of age or 2 pounds, the kittens can be spayed or neutered and put up for adoption. They are highly adoptable, thanks to the socialization and handling they receive in the nursery. Deisler notes, however, that saving more kittens also means planning to place more kittens. We forged relationships with four new off-site venues so that we would have new avenues for adoption, she says. We have an incredibly high adoption rate for at-risk kittens. Our live-release, or save, rate for them is about 94 percent, which is remarkable.