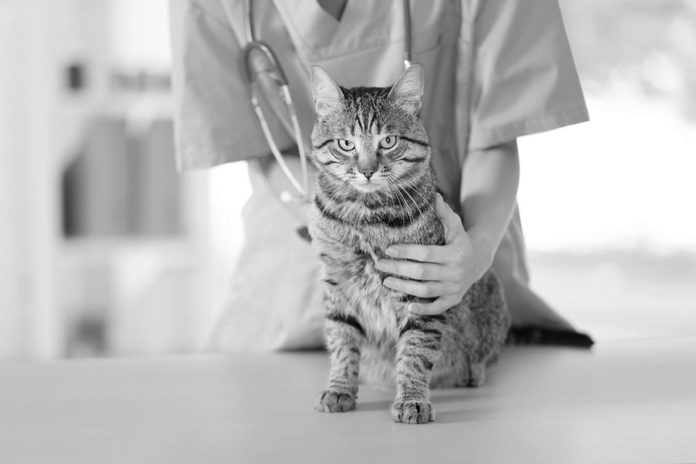 Despite the recognition nearly 30 years ago that malignant tumors can develop at vaccination or injection sites in cats, a definitive explanation for the cause remains elusive.

Feline Injection Site Sarcomas (FISS) — which can grow in connective tissue months or years after an injection — continue to concern owners despite reports of low incidence. The reason for their development is the million dollar question, says oncologist Kelly Hume, DVM, ACVIM, at Cornell University College of Veterinary Medicine. “We don’t know the exact mechanism of the trigger and how it progresses in FISS.”

It’s been hypothesized that something about the injection incites an inflammatory response, Dr. Hume says. “That’s the purpose of the vaccine — to build up the immune system. However, in some cats something goes wrong during that inflammatory response that triggers the cells in the area to become neoplastic [experience uncontrolled growth].”

A number of factors challenge researchers, Dr. Hume says. “It’s difficult to track cats over time and to account for interactions of multiple injections over a cat’s lifetime. There are also regional variations in epidemiology [the science concerned with the frequency and distribution of disease], underlying cat genetics and the multiple products implicated.”

All cats can be vulnerable to the disease, without regard to breed, age or sex. We do know that cats who experience an eye injury when they’re young have a higher risk of ocular sarcoma, Dr. Hume says. “There is something about the injection that ultimately triggers a change in the cells at that site to become cancerous.”

Researchers around the world are pursuing this perplexing cancer from different perspectives, Dr. Hume says. Interleukin-2, a drug used to treat cancer in human medicine, has shown promise. “IL-2 immunotherapy treatment is designed to stimulate the cat’s immune system to help kill cancer cells,” Dr. Hume says. “It’s recommended to give it at the time of surgical removal of FISS, injecting it in the area where the tumor was removed. It sounds odd that you’re giving an injection to treat something that was triggered by an injection, but preliminary results have prompted additional clinical trials.”

At Cornell, researchers are focusing their efforts on ways to improve chemotherapy efficacy and predict its success. “Other groups are looking into a new class of drugs called tyrosine kinase inhibitors that affect some of the self-signaling pathways present in the cancer cells,” Dr. Hume says, “and other groups are trying to understand more about the cat’s response to injections and why they’re getting the tumors in the first place.”

Ongoing research at Cornell, supported by the Cornell Feline Health Center and the Winn Feline Foundation, has revealed that DNA damage is a common attribute of FISS. “We found some tumors had significant DNA damage while others had very little,” Dr. Hume says.

“However, we learned that if we used the drug salinomycin in combination with doxorubicin, we could overcome resistance to doxorubicin alone,” Dr. Hume says. “With the combination, we saw the cells start to die, making the doxorubicin more effective. Now we’re trying to figure out why that might be and how to try and evaluate that in cats.”

Veterinarians diagnose FISS by taking a biopsy. Treatment may consist of surgery, and/or radiation and chemotherapy, depending the tumor’s location and other features. The efficacy of chemotherapy for FISS remains unclear. In some cases, it has been the only option when tumor size or location has meant surgery or surgery combined with radiation wasn’t feasible. “Sometimes the tumor shrinks with chemotherapy and sometimes it doesn’t,” Dr. Hume says.

In other cases, oncologists will use chemotherapy after surgery if the patient has a high risk of the disease spreading. “This particular cancer in cats has what’s considered a relatively low metastatic rate of around 25 percent or so, whereas a high rate is considered upward of 50 percent to 90 percent,” Dr. Hume says. “Sometimes even if you do surgery and radiation, there’s still a relatively high risk of recurrence, so we add chemotherapy in an attempt to prevent or slow the recurrence.”

In studies of cats who received various combinations of therapies, the patients who were treated with chemotherapy did not always do better, Dr. Hume says. “We would love to say, ‘Your cat is going to benefit from chemotherapy.’ However, if the response rate is only 30 percent, we don’t want to put a cat through treatment that’s not going to help.”

Injection site sarcoma cases have been reported most often in cats but also in other species, including rabbits, ferrets and less often in dogs. The tumors are estimated to occur in about one case per 10,000 to 30,000 vaccinations, according to the American Veterinary Medical Association. While the true incidence is unknown, Dr. Hume averages the rate at around 8 in 10,000, which she acknowledges sounds low until you consider that the U.S. cat population is 70 to 80 million.

In the late 1980 to early 1990s, veterinarians noticed an increase in the frequency of tumors in cats associated with vaccination sites, often between the shoulder blades. The increased incidence also correlated with the increased use of rabies and feline leukemia vaccinations. The occurrences coincided with laws requiring rabies vaccinations and the use of “killed” vaccine products containing adjuvants (a substance added to vaccines to increase their effectiveness).

In 1996 the Vaccine Associated Feline Sarcoma Task Force was created to study the correlation between vaccinations and sarcomas in cats. It recommended shifting vaccines from the shoulder blade area to other locations, such as the hip and rear legs to help better track or identify what product might be implicated, Dr. Hume says. A follow-up study showed a shift in the distribution of the tumors to these other injection sites recommended by the task force.

Subsequent studies have shown that FISS is less frequent with non-adjuvanted or recombinant vaccines (i.e., those that use artificially produced proteins to induce an immune response). Not zero, but less, says Dr. Hume. “Other injections that have also been implicated include long-acting antibiotics, long-acting steroids, the non-steroidal anti-inflammatory drug meloxicam, non-absorbable sutures and, in some rare cases, microchips.

The most common sign owners will notice in their cats is a swelling, small growth or lump at an injection site. Dr. Hume recommends keeping track of the injection location and checking the site periodically, paying close attention to shoulder and hip areas.

“Treatment for FISS is aggressive — a thorough surgical resection with very wide margins, even if the tumor is small, to make sure you get all of the cancer cells in the area,” says Dr. Hume. “If there’s not a surgical possibility, the chance of being able to control it long term is very low. Chemotherapy and radiation by themselves can help slow the progression but not make it go away.”

Life expectancy is highly variable, from many months to many years. “The best prognosis for the patient occurs when we catch the tumor when it is very small and can do an aggressive surgery like an amputation,” Dr. Hume says.

Prevention is three-fold: Give vaccines as low on the leg as possible, so that aggressive surgery (if needed), including amputation, could offer the best prognosis; opt for oral or nasal products if possible — they do not protect against all significant feline diseases — and vaccinate only as frequently as is necessary.

“The common goal is for all cats to live longer, healthier lives,” Dr. Hume says.

Considerations in a Vaccination Plan

Vaccines help strengthen the immune system to protect from diseases and infections whose occurrence far outweighs the rare risk of injection site tumors. It’s important to work with your cat’s veterinarian to develop a vaccination plan best suited to your individual cat’s needs.

“The veterinarian should undertake a clinical risk/benefit assessment for each animal and discuss recommended vaccination schedules with the owners so that they can make an informed choice,” say the American Association of Feline Practitioners’ vaccination guidelines covering risk-benefits.

The extensive assessment is tailored for each individual cat’s needs based on factors such as age, health, likelihood of exposure to disease, environment (indoors, outdoors, boarding, breeding and other considerations) and type of vaccine, the guidelines sa