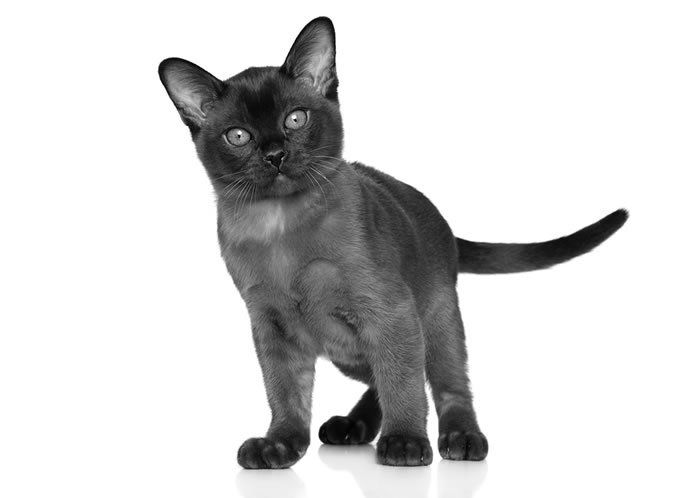 Your cat’s playing with shoelaces or nibbling on an old sweater may look YouTube-worthy, but the results can be decidedly different. If he ingests an odd object, it can lead to life-threatening internal blockages. In veterinary medicine, eating non-food items is known as pica.

“I had a patient who loved to lick plastic bags,” recalls Pamela Perry, DVM, Ph.D., behavior resident at Cornell University College of Veterinary Medicine. “This was not a problem until the cat began chewing and ingesting the plastic. After that, her owners had to make sure all plastic bags were securely hidden from her.”

Although pica is relatively uncommon in cats, when it does occur, it can be worrisome for owners because of its health risk. If your cat’s menu includes any of the following items, your worry is justified. While damaged or destroyed possessions are annoying, they are replaceable. Your cat is not. Non-food oddities that cats have been known to ingest include:

The cause of cats’ dietary indiscretion is a mystery, even to veterinarians. Possible reasons for pica include:

An attempt to correct an inadequate diet. “Some cases of pica may be due to a nutritional deficiency or dietary imbalance — for example, a lack of roughage,” says Dr. Perry. “Switching to a high-fiber commercial diet may help.” Check with your cat’s veterinarian for a recommendation on a special diet.

An unidentified health problem. “Cats exhibiting pica may have underlying nausea, parasites or other disorders,” Dr. Perry says. Medical causes such as GI, metabolic or neurological disease should be investigated before treating pica as a behavioral problem.

A genetic predisposition. “Oriental breeds such as Burmese and Siamese cats are more prone to wool-sucking and chewing than other cat breeds,” Dr. Perry says.

Major life changes.Have you recently moved to a new house, had a child, experienced a death or divorce, or adopted a new pet? “Compulsive ingestion of non-food items can develop from anxiety or stress,” Dr. Perry says. “In addition, stress may exacerbate pre-existing pica in cats.” Cats are creatures of routine; chewing might serve as a self-soothing technique for those whose routines have been disrupted.

Compulsive personalities. “Some animals are genetically predisposed to developing compulsive disorders if they are repeatedly exposed to conflict, frustration or anxiety,” says Dr. Perry.

“Compulsive disorders occur most often in cats who live exclusively indoors, presumably because indoor cats get less mental stimulation and physical exercise,” according to the ASPCA.

Attention-seeking. Your cat may interpret scolding as attention, believing it’s better than none at all. If engaging in pica results in social interaction between you and your cat, the behavior may be reinforced. Pets may also learn to engage in undesirable behavior when their owner is absent.

Youthfulness — curiosity can kill the kitten. “Pica in young animals may be due to exploratory behavior,” says Dr. Perry. In fact, pica is most commonly seen in young cats. The pica behaviors may begin as play with the kitten first investigating and chewing on non-food objects. Eventually, he may start ingesting them.

“The ingestion of non-food items can lead to toxicity, asphyxiation from ingesting plastic and intestinal blockages requiring surgery,” Dr. Perry says. “If owners know or suspect that their cat has consumed a non-food item, they should call the veterinarian and give as much detail as possible regarding the item consumed.”

“Repeated ingestion of non-food items, especially those that are dangerous to the cat, warrants veterinary attention,” Dr. Perry says. “If an animal is persistently trying to ingest items and must be supervised constantly, consider seeking the help of a veterinary behavior professional.”

Try Diversions. One recommendation is to divert your cat’s need to chew toward safer items. Provide an indoor garden, including cat grass and/or catnip, so that he has something appropriate to ingest.

“Cats can be fed free-choice, part of which can be from food-or treat-dispensing toys,” Dr. Perry says. While feeding according to a cat’s discretion can increase the risk of obesity in food-oriented cats, switching to a high-fiber, low-calorie cat food can help avoid excessive weight gain.

However, behaviorist Katherine A. Houpt, VMD, Ph.D., professor emeritus at Cornell, points out that, “Euthanasia for destruction of property or because owners cannot afford the GI surgery bills is much more of a threat to the cat’s life than obesity.”

About Dr. Perry’s case of the cat who ate plastic bags: It later played a role in her cure. “When this cat went through a chronic illness — which was stressful because of frequent treatments at the veterinary hospital — she appeared to be looking for something to lick,” Dr. Perry says. “I gave her a plastic Elizabethan collar. The plastic was hard enough that she could not consume it, yet it seemed to satisfy her need to lick.”