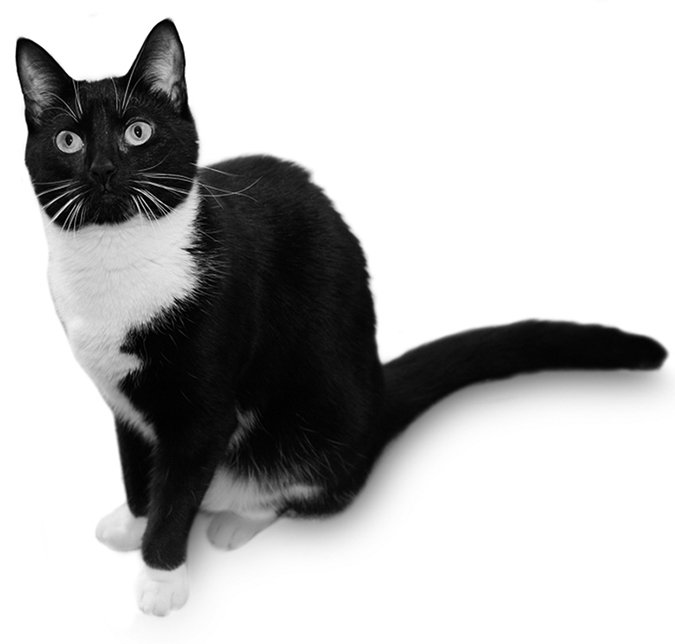 The existing theory about the origin of piebald patches, the white patterns in the coats of black and white cats, was that pigment cells moved too slowly in the embryo to reach all parts of the body.

However, geneticists and mathematicians at the Universities of Bath and Edinburgh have discovered that one cause of the unpigmented areas, which are often seen on the abdomen, is that a defective gene slows the cells’ rate of multiplying. Too few pigment cells are available to populate the entire skin, and as a result result, one of the scientists says, “The animal has a white belly.” The patterns are also seen in horses, deer and mice, among other animals.

The study, published in the journal Nature Communications, also found that the mutated cells called Kit cells move randomly, so in animals without enough pigment cells, color is distributed randomly. The researchers say many other genes can create piebald patterns and hope their work, a mathematical model using mice, may help advance studies of genetic diseases in humans, such as holes in the heart that may occur with faulty cell production and movement.

Obesity continues to be a health problem in pets, judging by a recent report from Nationwide. In 2014, its claims for obesity-related disorders in pets increased for the fifth straight year to $54 million, a 10 percent increase over the past two years.

When the pet insurance company reviewed its database of more than 550,000 insured pets to identify the cat and dog conditions in which obesity was believed to be a factor, bladder and urinary tract disease led its top 10 list for cats. The company logged more than 4,700 claims for these diseases, with an average fee of $424 per cat. Arthritis was the most common claim in dogs.

Feline lower urinary tract disease (FLUTD) is a collection of conditions affecting the bladder and urethra. It has many possible causes, but cats generally exhibit similar, recognizable signs, according to the Cornell Feline Health Center. Affected cats can have difficulty and/or pain when urinating, increased frequency of urination, and/or blood in the urine.

Affected cats are likely to be middle-aged, overweight and on a dry diet. They will often lick their genital area excessively and sometimes urinate outside the litter box.

The U.S. Postal Service will issue booklets of forever stamps offering a choice of 20 different pets sometime this year. The project “celebrates the animals in our lives,” the USPS says. It points out that because pets come in all shapes and sizes, the stamps will include horses, rabbits, parrots, corn snakes, hermit crabs, mice and chinchillas.