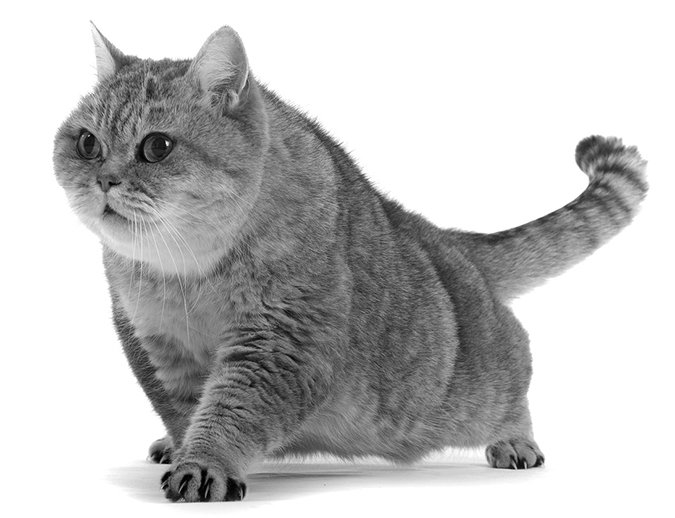 Survey Finds That More Than Half of Cats Are Overweight

Obesity continues to be a problem among pets in the U.S. The latest survey from the Association for Pet Obesity Prevention (APOP) has found that 58 percent of cats are obese or overweight. The association used assessments of body condition scores and the weight of 1,224 dogs and cats undergoing wellness exams at 126 veterinary clinics on Oct. 7, 2015.

Now the group has shifted focus, calling on the veterinary industry to classify pet obesity as a disease and to adopt a universal body condition scoring scale. “The American Medical Association recognized obesity as a disease. I think the time has come for the American Veterinary Medical Association to follow suit,” Dr. Ward said. “Many veterinarians will take the condition more seriously.”

Among the disorders the APOP says are associated with excess weight are Type 2 diabetes, heart and respiratory disease, osteoarthritis, high blood pressure and many forms of cancer. “Further,” the association says, “overweight and obese cats are expected to live shorter lives than their fitter, normal weight counterparts.”

Heavy cats may physically interact less with their families and are less energetic and playful. The result can be that it’s easy for us to overlook their illnesses, the APOP says, adding that we are only now learning how threatening their extra pounds can be.

As in the case of many diseases, early diagnosis is the key to successful treatment of hyperthyroidism. It affects nearly 10 percent of feline patients over 10 years of age, caused by an overactive thyroid gland that secretes excess thyroid hormone.

The American Association of Feline Practitioners has released the brochure “Feline Hyperthyroidism” for cat owners, describing the disease’s causes — most commonly a benign tumor, and signs, treatment and management. It’s available at www.catvets.com/cat-owners. The Cornell Feline Health Center also provides information on the disease through its informational brochures and website: www.vet.cornell.edu/FHC, keyword health topics.