Scratch Me, Bite Me
Animal bites account for one percent of all hospital emergency room visits each year in the United States. About 400,000 of those are cat bites, according to a report in the journal, Archives of Internal Medicine (Vol. 162, No. 17). Writing about cat-associated zoonoses (diseases transmitted from animals to humans), physicians at the Yale University School of Medicine and the Department of Veterans Affairs in West Haven, Connecticut, recommended antibiotic treatment for all cat bites, noting: Complications from infected cat bites occur rarely, but can be devastating.

Less of a concern, they said, is cat-scratch disease (CSD) from the bacterium Bartonella henselae. Of 22,000 CSD cases annually in the US, only about 2,000 require hospitalization, mostly among children age 2 to 14. Kittens younger than 12 months pose the highest risk for CSD transmission, the journal authors observe. CSD also can be transmitted to humans by fleas that previously had bitten an infected cat.After reviewing a variety of conditions with names like visceral larva migrans, the physicians advised their colleagues, Cats should not be thought of as vectors of disease transmission but as sources of joy and companionship for their owners.

Cat Tax Is Not Deductible
For cat owners tempted to declare their loved ones as dependants on the income tax return, the journal, Veterinary Economics (August 2002), has all the numbers. Out of the estimated $29.5 billion spent by American pet owners last year, keeping one or more cats cost the average American $170 for routine veterinary care, as well as $257 for veterinary surgical care and $117 for food. Two-thirds of Americans queried said they take pets to the veterinarian more often than they see their own physician.

The journal cited a US Bureau of Labor Statistics study that found the average American household spends more on pet food than on over-the-counter drugs, wine, candy, and television. And pet owners spend more in veterinary services than they do on such products as video rentals, books, computer software, and coffee, the editors commented. Still tempted to get a Social Security number for Fluffy? Keep in mind that the IRS is closely linked to the US Census Bureau. The feds just might notice a sudden population increase of 75 million.

Post offices are also displaying posters encouraging people to utilize local spay/neuter services by calling 888-pets911 or visiting www.pets911.com. You can view the stamps and order them online at www.usps.com or call 800-STAMP24.

Toxoplasmosis, Cats, Pregnancy
While not exactly an old wives tale, the risk that pregnant women will get toxoplasmosis from a cats litter pan is vastly overstated, according to physicians at Yale University and a Connecticut Veterans Affairs hospital who reported on cat-borne disease in the journal, Archives of Internal Medicine (Vol. 162, No. 17). Of much greater risk to immune systems of pregnant women, the doctors said, is undercooked meat containing the protozoan Toxoplasma gondii, which is found in about 20 percent of lamb and pork and eight percent of beef.

Whether pregnant women or immunosuppressed individuals (those living with cancer, HIV, and other diseases) should avoid changing litter is debatable, because many people already have been infected and carry antibodies against the disease, the physicians wrote.

They recommended that everyone wash their hands thoroughly after handling raw meat – and to be extra safe, wear gloves when handling soil that could be contaminated with cat feces. Stricter still is their suggestion for litter box maintenance, Litter pans should be emptied daily since oocysts (of T. gondii) require one to five days to become infective. If this is done, direct contact with cat feces during the cleaning of a litter box is an unlikely mode of transmission. No doubt, most cats would concur with that sanitation standard. 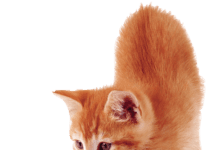