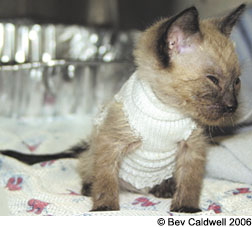 Why Do I Seem Angry About LUTS?

LUTS – which stands for lower urinary tract signs – is no picnic for either cats or their owners. Although relatively infrequent – affecting fewer than two percent of all cats, according to an Ohio State University study on LUTS risk factors reported in the Journal of the American Veterinary Medical Association (Vol. 228, No. 5) – LUTS is troublesome enough to avoid if humanly and felinely possible.

A cat with LUTS experiences various combinations of difficulties. It usually strains to use the litter box, has bloody urine, urinates in inappropriate places or has frequent urges to urinate.

Veterinary researchers have wondered: What accounts for higher rates of LUTS in indoor cats?  Is there something about the sheltered life – eating dry cat food, with nary a fresh bird or mouse – that brings on LUTS?

This JAVMA study, which compared lifestyles and demographics of indoor-living, healthy cats and LUTS sufferers, found no dietary or demographic connections. Researchers did note that significant numbers of owners of cats with LUTS reported their kitties to have issues with fear, nervousness and aggression, along with gastronintestinal problems – in addition to LUTS.

Next the researchers revealed what else they wish to study: the attitudes of cat owners while the pets were suffering through LUTS. They said humans seem frustrated by a chronic, intermittent disease in their cats and in some cases seem to feel anger toward the cat. Such an attitude might activate the stress response in the cat.

The subsequent issue of the veterinary journal JAVMA (Vol. 228, No. 6) had something to cheer up cats and their people: A nationwide study of nematode parasitism that causes roundworm and hookworm in cats found a decrease in both kinds.

If youre squeamish, skip ahead now to the punch line of this Short Take. Thats because the description of how hookworm larvae, for instance, get from the cats mouth to the lungs to the small intestine might be too much information. Then again, knowing that nematode infections can be zoonotic – meaning that we can get them from our cats – might make you curious.

Heres the promised bright side: Rates of nematode infection in American cats are down to 2.92 percent and 0.9 percent, respectively, for roundworm and hookworm from previously reported highs of 33 percent for roundworm and up to 10 percent for hookworm. Regional differences still apply: Theres more hookworm in the band of states between Texas and the south Atlantic coast than in the mountain states, for example.

Lower prevalence of nematode parasitism in American cats in general  may reflect the quality of care provided to cats by their owners, the high efficacy of drugs available to treat roundworm and hookworm infections and veterinarians emphasis on preventive medicine, the report concluded.

Actually, the very last words in the JAVMA report were for veterinarians: Keep reminding cat owners of the zoonotic risk of nematode infections in cats under 12 months of age.  Our mostly upbeat punch line is the difference between blind optimism and hope: The hopeful person knows the risks but plays with adorable kittens anyway.