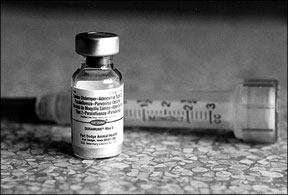 When Your Cat Is ‘Fixed’

Previous studies examined behavioral changes in cats long after their spay/neuter operations. But this one looked for changes in the first day or two: “Behavioral alterations and severity of pain in cats recovering at home following elective ovariohysterectomy or castration.”

Journal of the American Veterinary Medical Association (Vol. 231, No. 2) the study asked owners about things like their cats time spent sleeping, playfulness, aggression, appetite and vocalization.

Most behavior changes were attributed to after-effects of the anesthesia, which wore off the first day, but there was one “interesting” development, the researchers said. On day two, when cats might be expected to complain loudly about losing their reproductive rights, most were quieter than usual.

Were reminded of Frannie, the ShortTakes mascot who was adopted a year ago this month – and less than a day after her ovariohysterectomy. A paw reached out from the cage at the animal shelter and snagged the human she wanted. A quick call to the vet confirmed that it was all right to adopt a cat so soon after surgery. We filled out the application, paid the fee and Frannie came home. She was quiet on day two – and Frannie hasnt had much to complain about ever since.

Two years after Hurricanes Katrina and Rita launched the biggest pet-rescue in American history, specialists in disaster medicine are still analyzing the results. One concern was that out-of-state cats might bring diseases to their adoptive communities.

False alarm, according to a report in the

Veterinary researchers at the University of Florida, Gainesville, managed to check medical records of 1,958 dogs and 1,289 cats that were adopted and tested for diseases.

Their finding: for all of the diseases, including

Dirofilaria immitis (heartworm), the cats were as healthy as others in the regions where they went to live.

Speaking of feline heartworm, which was one concern of the late author of this newsletters “Ask Dr. Richards” column, heres another: “Adverse events after vaccine administration in cats,” reported by researchers in Purdues School of Veterinary Medicine in the same

Dr. Richards led investigations into vaccine-associated sarcomas, which were tumors that appeared – rarely but often enough to be worrisome – on the sites where cats had their “shots.” His work led to recommendations on the formulation of vaccines and on shot protocols for veterinarians.

The latest study looked at all kinds of vaccine-associated adverse effects – not just sarcomas but everything from allergic reactions to temporary lethargy that owners reported to their veterinarians. From the 1,258,712 vaccine doses administered to 496,189 cats in the study, fewer than one percent (2,560 cats) had any sort of adverse reactions. The Purdue researchers said: ” . . . manufacturers may need to reformulate vaccines . . . and veterinarians should still limit vaccinations to those needed on the basis of individual risk assessments.”

For cat owners, Dr. Richards advice was this: Ask your vet if your pet really needs every single shot on the market (strictly indoor cats may not) and ask if multi-year shots can be given less frequently.