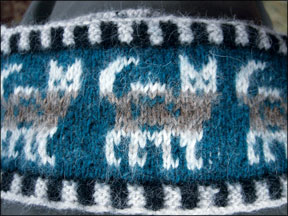 When Too Many Is Not Enough

The stories are heartbreakingly familiar: An elderly recluse passes away and the house is found to be filled with dozens or even hundreds of cats starving, sick and lacking in veterinary care. One recently discovered house had more than 300 cats. Animal shelters must deal with the fallout, long after the horrific headlines are forgotten.

A report in the journal

Veterinary Medicine (Vol. 101, No. 8), titled “Animal hoarding: Its roots and recognition” examines the psychology behind trying to keep far more animals than anyone can manage.

Noting that “one distinguishing feature of animal hoarding is that the intent to harm is absent even though great harm often occurs,” the report says that hoarders may suffer what psychiatrists call dissociative disorder. As a substitute for absent human relationships, the lives of people with dissociative disorder can degenerate into anxious attachment or compulsive care-giving for far too many animals. Sadly, some animal hoarders sincerely believe they have “a mission to save” that leads to a compulsion to acquire and control.

And Now Some Good News

Cheap long-distance calling is a wonderful thing. It allowed veterinary researchers to dial 18,194 times for a report the

Journal of the American Veterinary Medical Association (Vol. 229, No. 4) titled “Disease prevalence among dogs and cats in the United States and Australia and proportions of dogs and cats that receive therapeutic diets or dietary supplements.”

Not everyone stayed on the line long enough to hear the name of the study (“Sorry, were

After commenting on the surprisingly low rate of disease among Aussie and Yankee pets (previous studies found up to 93 percent of dogs and 90 percent of cats visiting veterinary clinics have one or more diseases) the researchers figured out the difference: Could it be that healthy cats dont make as many veterinary visits as sick ones?

Where Real Men Knit (and Dream
of Cats)

Perus Isla Taquile is an island of breathtaking beauty (and altitude) with no cars, very few cats and hundreds of men who knit. Beginning in their teen years, virtually all the men of Taquile knit to keep their families warm in the chilly nights at 12,500 feet above sea level.

Enter a visitor from the distant lowlands, weary from kayaking across Lake Titicaca, lungs burning in the thin air and needing a porter to carry the backpack. A robust lad of 18 steps forward, and by the time the mountaintop camp is reached, his five-needle knitting has produced an alpaca headband with a fondly rendered feline motif.

Why not the Incas sacred puma? Do you have a pet cat at home? Translated from Quechua to Spanish to English, his answer makes sense.

Sure, hed like a cat someday. But hes just married, still living with the parents and his budget for buying livestock leaves no room for luxury pets.