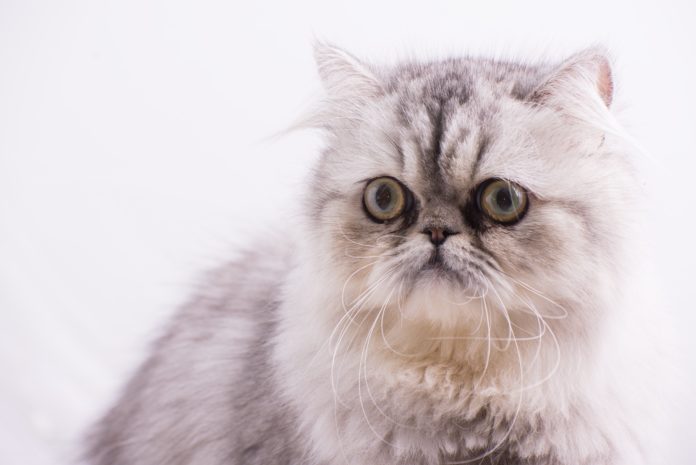 The September 2017 issue of the Journal of Veterinary Internal Medicine included the article “The Relationship between Brachycephalic Head Features in Modern Persian Cats and Dysmorphologies of the Skull and Internal Hydrocephalus,” by Schmidt et al. This study evaluated the two types of Persian cats, the traditional doll-face and the newer Peke-face, for a correlation between brachycephalic (short-faced) traits and internal hydrocephaly, or abnormal accumulation of cerebrospinal fluid (the fluid that bathes the brain and spinal cord) in the brain. Each cat in the study received a CT scan and an MRI.

The study did indeed find that the Peke-faced cats with more extreme brachycephalic traits were more likely to have hydrocephalus and malformations in their skulls. Five Peke-faced kittens in the study had such severely shortened and rounded skulls that the cerebellum was herniated through the back of the skull, causing the kittens to display severe neurologic symptoms. These kittens were euthanized. Cats with lesser herniations had milder symptoms, and some cats with ventricular enlargement (dilation of the cavity within the brain) showed no clinical signs.

The take-away from this study is that while many people find Peke-faced Persians attractive, it is possible to go too far in breeding for that look. Cats with extremely shortened and rounded faces tend to have malformations of their skulls that can be dramatic enough to harm brain function, in addition to causing the traditional brachycephalic ailments of dental misalignment and blocked airways. Doll-faced Persian cats, with the more traditional cat-head shape, were less likely to have these problems.

Dog Blood to Cats – Yes or No?

Most veterinary hospitals have a resident canine blood donor or a couple of donors “on call.” These are usually medium- to large-size dogs who often sit patiently while blood is drawn to transfuse a dog in need. Unfortunately, most clinics do not have a feline donors handy.

With that in mind, a study was done in Italy looking at the normal rate of antibodies against dog blood in cats and vice versa. It would be handy if you could give even one transfusion of dog blood to an anemic cat.

The report in the Journal of Feline Medicine and Surgery evaluated cross matches between dogs and cats. While some matches had minimal reactions in the lab setting, there were major incompatibilities for most of the cross matches. That means that canine blood should not be used to transfuse a cat except in extreme emergencies.

Type B cats with DEA 1.1 negative dogs had the lowest rate of reactions. So, if an emergency situation cropped up, that combo was the best option for the cat in need. Anecdotally, there are a fair number of reports of canine transfusions into cats without problems. It is important to note that this only works once. After the initial exposure to the “foreign” blood, a cat’s system will mount a major immune response.

So, the answer to the question is basically no, unless there is an immediate life-and-death emergency. 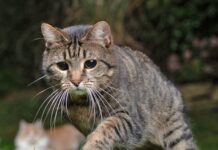