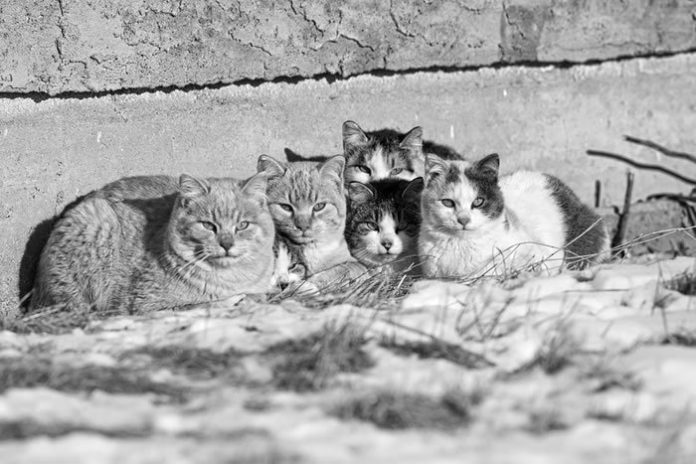 A Targeted Approach Reduced Shelter Euthanasia of Feral Cats
More than half of the 2 to 3 million cats entering shelters annually in the U.S. are euthanized because of disease, overcrowding or feral behavior. Many of those impounded are free-roaming cats who lack the socialization to be adopted.

An ambitious study by researchers at the University of Florida wanted to see if trap-neuter-return (TNR) would have an impact, no matter how modest. The program typically involves volunteers who humanely trap homeless cats, have them neutered and return them to the area where they were found.

TNR has been considered impractical to reduce the size of cat colonies and limit shelter cat intake, the researchers say. They targeted one zip code in Alachua County adjacent to the university campus in Gainesville, Fla. The area, encompassing a business district, residential neighborhoods, a mobile home park, two homeless shelters and a veterinary clinic, had a large number of cats impounded at shelters.

Using a $250,000 grant from Maddies Fund over two years, 54 percent of the feral cats in that area were captured, neutered and returned or adopted. The researchers compared results to the rest of the county and reported in the Veterinary Journal: High-impact TNR, combined with the adoption of socialized cats … is an effective tool for reducing shelter cat intake and shelter euthanasia rates.

A total of 2,366 cats in the zip code were captured for the study. Julie Levy, DVM, ACVIM, Professor of Shelter Medicine at the UF College of Veterinary Medicine, and her team found that:

– Animal control cat intake declined 70 percent in two years in the zip code, compared to 13 percent in the rest of the county.

– Euthanasia declined 95 percent, compared to 30 percent in other zip codes.

– A total of 1,230 cats were returned to their original location or other colonies; 1,113 were adopted or transferred to rescue groups. Cats who were unsuitable for surgery because of age or illness were euthanized or assigned for treatment in a veterinary clinic or foster home.

Adoption wasnt part of the original plan, but it happened organically, as residents offered to take in kittens and the friendlier adults, Dr. Levy says. We investigated whether we ever could neuter enough cats to slow their intake into animal control. Neutering a few cats here and there wasnt making a big impact, so we wanted to pick a focused area and throw all our resources into it.

Obesitys Consequences
Fifty-eight percent of the nations 96 million cats are estimated to be overweight or obese, and the American Association of Feline Practitioners minces no words in efforts to raise awareness about the problem.

It says a cat weighing only two pounds more than his ideal weight can be at risk of developing diabetes, high blood pressure, many forms of cancer, osteoarthritis, heart and respiratory disease, and a decreased lifespan. Routine checkups are vital to promoting a long, healthy life for your cat, the association says, adding that, if veterinary visits stress their cat, owners can choose clinics with its Cat Friendly Practice designation. That means the clinic provides a calming environment such as feline-only waiting areas and exam rooms, and the staff is trained in feline-friendly handling and behavior. To locate a CFP in your area, visit: www.catvets.com.