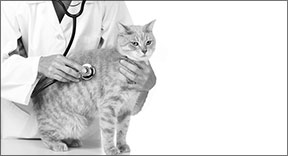 Where the Money Went for Cat Expenses in 2013
Spending on pets will reach $59 billion this year, up 4.9 percent over 2013, according to the American Pet Products Association. The surprising category with the greatest proportion of growth last year: pet services such as boarding, training, pet sitting and grooming. It grew by 6 percent to $4.4 billion.

The food category was first in spending at $22 billion, up 4.5 percent, while veterinary care was second at $14 billion, an increase of 5 percent. The forces driving the increases are owners’ emphasis on pets’ health and their humanization, the association says.

According to its 2013-2014 National Pet Owners Survey, cat owners’ annual basic expenses include:

“People are pampering their pets more than ever, and manufacturers and businesses are offering new products, services and opportunities to meet their needs and wants from interactive and innovative toys to pet-friendly hotels, restaurants and airlines,” says APPA President Bob Vetere.

The association’s report on the survey, a 558-page door stopper of a book, also found that:

‘Automatic’ Insulin Injections
People have had the option of managing their diabetes by using injectable insulin pens for years. Now the Food and Drug Administration has approved the first insulin pen for diabetic dogs and cats. The refillable pens automatically measure the prescribed insulin dose.

Merck Animal Health developed pens to make giving insulin injections more convenient for owners, says Kathleen Heaney, DVM, director of technical services, “and precision dosing makes it easier to consistently deliver an accurate dose compared to syringes.” The pens will be offered at a number of veterinary clinics in the U.S. to help owners administer insulin safely and effectively, the company says.

Diabetes is a growing problem, Dr. Heaney says, with the prevalence in dogs and cats today ranging from one in 100 to one in 500.

Phasing Out a Pesticide
The Environmental Protection Agency and two pet product companies have agreed to phase out the neurotoxin propoxur in flea collars because of its health risk to children. Sergeant’s Pet Care Products, Inc. and Wellmark International will manufacture pet collars using the chemical until April 1, 2015, and distribute them for one year. The collars are sold under the trade names Sentry and Biospot, among others.

An EPA assessment of propoxur in pet collars last year, following a petition from the independent Natural Resources Defense Council, indicated risks to children who may ingest pesticide residues when they touch a treated animal and then put their hands in their mouth.

Pets, however, aren’t at risk, the EPA says: “If you decide to use propoxur pet collars, follow the label instructions carefully and your pet should be fine.” ❖