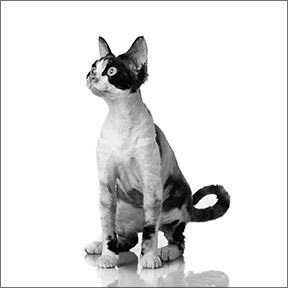 A three-year retrospective study of people who went to the Mayo Clinic Hospital in Rochester, Minn., with cat bites to their hands found that 30 percent of them required hospitalization. While dog bites can seem dramatic, with torn skin, broken bones and considerable bleeding, their open wounds can often be easier to clean — and heal.

Cat bites, however, can pose serious problems. Their deep puncture wounds make victims vulnerable to bacterial infections. Of the 193 Mayo Clinic patients whose cases were reported in the Journal of Hand Surgery:

36 were immediately admitted to the hospital, where they stayed an average of three days.
154 were treated with oral antibiotics as outpatients, but 21 of them later had to be hospitalized.

Complications involved nerve problems, abscesses and loss of joint mobility. The aggressive bacteria Pasteurella multocida in the mouths of many animals and up to 90 percent of healthy cats was the most common cause of infection, the researchers say.

“Redness, swelling, increasing pain, difficulty in moving the hand and drainage from the wound are all signs that there may be an infection and that treatment should be sought,” says the study’s senior author, Brian T. Carlsen, MD, a hand surgeon at the Mayo Clinic. “The tendon sheaths and joints are superficial in the hand, and cat bites penetrate easily, seeding those spaces with the germ. Once it’s in there, it can grow quite rapidly in fluid-filled spaces that don’t have blood circulation, and surgery is often required.”

His message: “Don’t ignore a cat bite.” In fact, as the CatWatch October 2013 article “How to Avoid Those Sharp Feline Bites” advises, older or immuno-compromised individuals should immediately see a doctor if they have been bitten because of the risk of bacterial infection.

Allergy-free Breeds?
No cats have been proven to be hypoallergenic, but an air purifier manufacturer and environmental consulting firm have included two feline breeds on a list of 10 allergen-friendly pets.

One is the Javanese, whose name, like some other Oriental breeds, derives from Southeast Asian countries and islands rather than their origin. The Javanese was developed in North America. The breed, recognized as a show cat, has an elegant body and no undercoat and, as a result, even though he’s a longhair, has less fur to shed.

Allergens in cat saliva, especially the protein Fel d 1, can trigger allergic reactions in humans. Cats spread the protein, found in dander in their fur and skin, when they groom themselves.

The second cat on the list is the Devon Rex, a shorthaired cat with a slender body and large ears. The intensely loyal breed is celebrated for a fun-loving nature that the Cat Fanciers Association says some describe as a cross between a cat, dog, monkey and Dennis the Menace.

The allergen-friendly list was sponsored by Kaz Inc. of Southborough, Mass., with participation from Ted Myatt, senior scientist at Environmental Health and Engineering in Needham, Mass. ❖