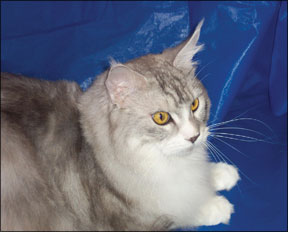 The old-fashioned term “the cats whiskers” means “the height of perfection” or “first-rate.” Popular in the 1920s, this expression, along with “the cats meow,” referred to the daring flappers described as “impossible to shock.” While the term is American in origin, people have disagreed over who deserves credit for coining it.

The lexicographers William and Mary Morris believe both “cat” expressions originated in girls schools. Other sources say American sportswriter and cartoonist Thomas Dorgan (1877-1929) invented the expression at the turn of the 20th century. Regardless, the phrases meaning shows that the people who first used the expressions certainly understood the unique capabilities of your felines most sensitive hairs.

“Whiskers are connected to a nerve fiber that relays messages directly to the brain and are an extension of the cats tactile devices,” says Paul DeMars, DVM, of Oklahoma State University, Oklahoma. They sport longer roots than your cats other hairs and are embedded three times deeper into kittys body in dermal sacs. At the other end of each whisker is a sensory organ – called a proprioceptor – that sends a message to your cat in response to stimuli.

A cats whiskers grow in proportion to its body. Sylvester, a three-year-old black and white long-hair from Burlington, Iowa, set the Guinness world record for whisker length at five-and-a-half inches in 2003.

“During the day, a cat does not have as much need to use its whiskers. Most are located in the front of the animal, around the eyes and near the nose. They enhance the senses when vision is diminished,” explains Dr. DeMars, who is board certified by the American Board of Veterinary Practitioners.

When your cat flexes its whiskers back and forth throughout the day, the proprioceptors detect subtle changes in air currents or vibrations and translate these into messages that indicate prey movement or the location of objects like trees and furniture.

Facial whiskers are well-developed on most predatory species to enhance hunting abilities, and their location determines their function. The ones located on the muzzle or “whisker pad” augment navigation skills in restricted spaces or in darkness. These whiskers extend approximately the width of the cats body. Although legend purports that cats use their whiskers to decide whether an opening is large enough for their bodies to pass through, this has never been scientifically proven. It is certain, though, that facial whiskers help determine the bite point on a preys neck.

Similar to people – who smile and frown to show emotion – cats use their prominent facial whiskers position and amount of spread to communicate three distinct moods.

Shy or afraid: Closely bunched whiskers lying flat against a cats cheeks make its face appear smaller and less threatening. This look can also mean your cat is angry or feels vulnerable. This position is typical of cats that are feeding or are greeting another cat.

Tense or excited: Your cat needs to sense all outside stimuli when hunting, playing or walking, so its whiskers will be bristling, fully fanned and bending almost straight forward. When the long whiskers are positioned this way, the shorter facial whiskers will bend forward as well to allow your cat to assess prey positions.

Content or calm: The whiskers will be pushed neither forward nor back, but resting somewhere in between since your cat has no reason to sense its environment.

In the 17th century, people believed that cutting a cats whiskers eliminated its courage. Dr. DeMars thinks that this idea likely took hold because, as he explains it, “clipping whiskers is like impairing someones senses.” In experiments, whiskerless cats repeatedly missed their prey when springing for it. Forcing whiskers into a position counter to their natural alignment causes discomfort and may trigger a swat from a cat with claws fully arrayed.

As with other types of hair, whiskers are shed periodically and the observant owner will discover them occasionally lying about the house. Not to worry. Your pet is still capable of delivering a small rodent at your feet while a replacement grows in. v