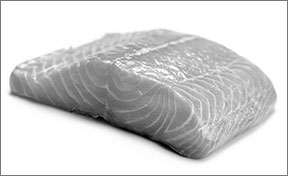 Some cats are finicky eaters while others behave more like chowhounds, quickly gobbling all food at any opportunity. But because your cat’s body metabolizes food differently, some foods and medications considered safe for you can be deadly if your cat ingests them.

“Cats are small and have more sensitive enzyme systems,” says Elisa Mazzaferro, DVM, Ph.D., ACVECC, a specialist in emergency and critical care at Cornell University Veterinary Specialists in Stamford, Conn. “They may be susceptible to smaller doses of some toxins.”

Reactions indicating poisoning include vomiting, diarrhea, excitability, excessive salivation and possible loss of consciousness, Dr. Mazzaferro says. The signs depend on factors such as age, health, amount of food ingested and duration between the time the food was ingested and veterinary treatment.

According to the ASPCA’s Animal Poison Control Center, human medications once again topped the list of reported poisons most commonly ingested by pets in 2013, with nearly 20 percent of all calls. A majority of cases involved cardiac medications to control heart rate and blood pressure,
followed by anti-depressant and pain medications.

Raw fish or meat — Don’t give your cat sushi leftovers or any uncooked fish or meat. These can harbor bacteria such as salmonella that can cause vomiting and diarrhea. In addition, an enzyme in raw fish can destroy the essential B vitamin thiamine that cats need.

Uncooked eggs — Again, you risk exposing your cat to salmonella and other parasites that could cause vomiting, diarrhea, dehydration and, possibly, pancreatitis.

Fat from meats — If you want your cat to enjoy a piece of your T-bone, cut a small lean piece and set it aside to give him as a reward for not begging. Do not give him fat or gristle from the steak. It can cause vomiting, diarrhea and inflammation of the pancreas, leading to pancreatitis.

Milk — An occasional small amount of milk may be OK for some cats, but their digestive tracts become somewhat lactose intolerant after kittenhood. Daily servings of milk can cause diarrhea and vomiting.

Avocados — The biggest health danger is the toxin persin found in the plant, leaves and fruit itself. Ingestion can cause vomiting and diarrhea in cats.

Onions, chives and garlic — Cats do not metabolize the alliums found in them as well people. These foods in any form — raw, powdered, cooked or dehydrated — can cause gastrointestinal upset and destruction of red
blood cells.

Caffeinated coffee, tea and soda — Curious cats may be drawn to lapping up your caffeine-loaded drink, but excessive caffeine consumption can cause restlessness, heart palpitations, rapid breathing, muscle tremors and possibly seizures. Keep in mind that stimulant drinks as well as some cold medicines and painkillers for humans also contain caffeine.

Uncooked bread dough — Sitting on a baking sheet on your kitchen counter, it could be an invitation to a cat seeking food, but remember that the yeast in dough rises. It can cause painful swelling and stretching of the abdomen. “The dough can ferment and expand in your cat’s stomach, causing signs similar to drunkenness,” Dr. Mazzaferro says.

Alcohol — It only takes a small amount — two teaspoons of whiskey — to damage your cat’s liver, put him in a coma or kill him. Keep all beer, wine and hard liquor inaccessible to him. “A cat can get drunk, nauseous and his respiration can be affected,” Dr. Mazzaferro says. “He can also injure himself because the alcohol has left him uncoordinated.

Chocolate — We know this sweet is a dangerous temptation to dogs. According to the poison control center, dogs’ chocolate ingestion represented nearly 8 percent of all calls made to its hotline in 2013, or an average of 26 calls per day. Fortunately, cats lack sweet taste receptors and are not usually drawn to sugary foods, but there is always an exception. Ingesting the ingredient theobromine, found in chocolate, can cause an elevated heart rate, high blood pressure, tremors and seizures in a cat. ❖