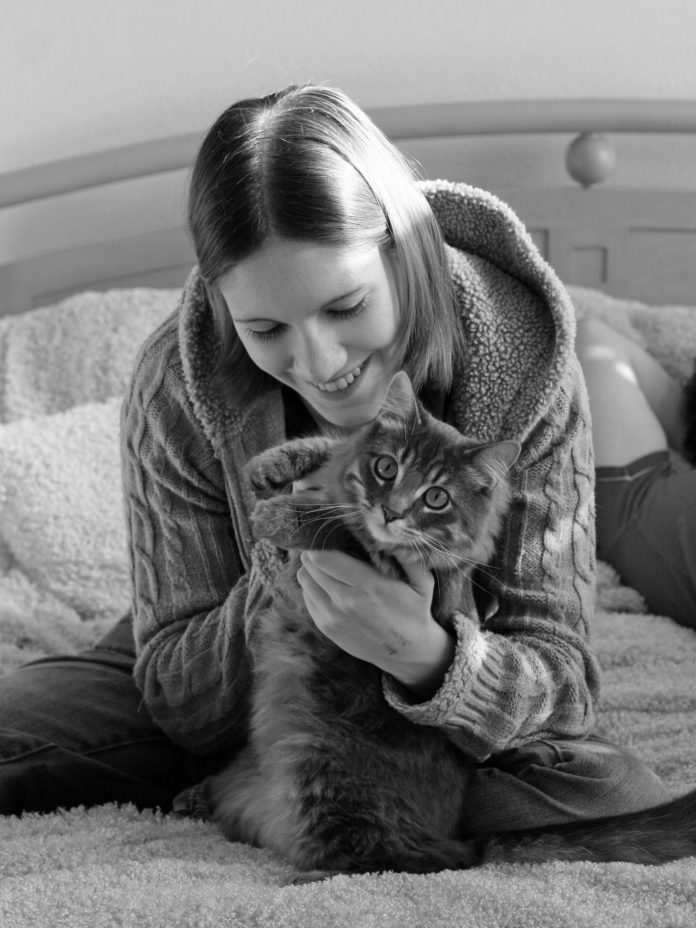 The Morris Animal Foundation recently wrote that a cat’s best defense against cancer may be snuggling with her owner.

When you snuggle with your cat, note any lumps or bumps you feel as you pet her. Like a woman’s monthly breast self examination, this can be a good tool for the early detection of cancer. Unusual and/or growing lumps should be reported to your veterinarian immediately.

Most lumps are benign and can be easily removed if necessary, but you may find mast cell tumors, squamous cell carcinomas, and mammary tumors while petting your cat. Injection site sarcomas (ISS), which are malignant cancers triggered by injections of material under the skin, are another possibility, although the incidence of ISS is rare.

If you enjoy watching cat videos online, you’re not alone. Researchers from Indiana University Media School surveyed almost 7,000 people and found that these short takes boost moods. Published in Computers in Human Behavior, the study showed that more than two million cat videos were posted on YouTube in 2014 with almost 26 billion views. Cat videos had more views per video than any other category on YouTube.

Indiana University Assistant Professor and lead researcher Jessica Gail Myrick says, “We have all watched a cat video online, but there is really little empirical work done on why so many of us do this, or what effects it might have on us.”

Of the participants in the study, 36 percent described themselves as a cat person, while about 60 percent said they liked both cats and dogs. They reported that:

They were more energetic after watching cat videos.

They had fewer negative emotions, such as anxiety, annoyance, and sadness.

They often viewed Internet cats at work or while studying.

The pleasure they got from viewing the videos outweighed any guilt about procrastinating.

About 25 percent of the videos were ones they sought, while 75 percent were happened upon.

“The emotional payoff may actually help people take on tough tasks afterward,” says Myrick. The results suggest that future work could explore how online cat videos might be used as a form of low-cost therapy, she said. ❖