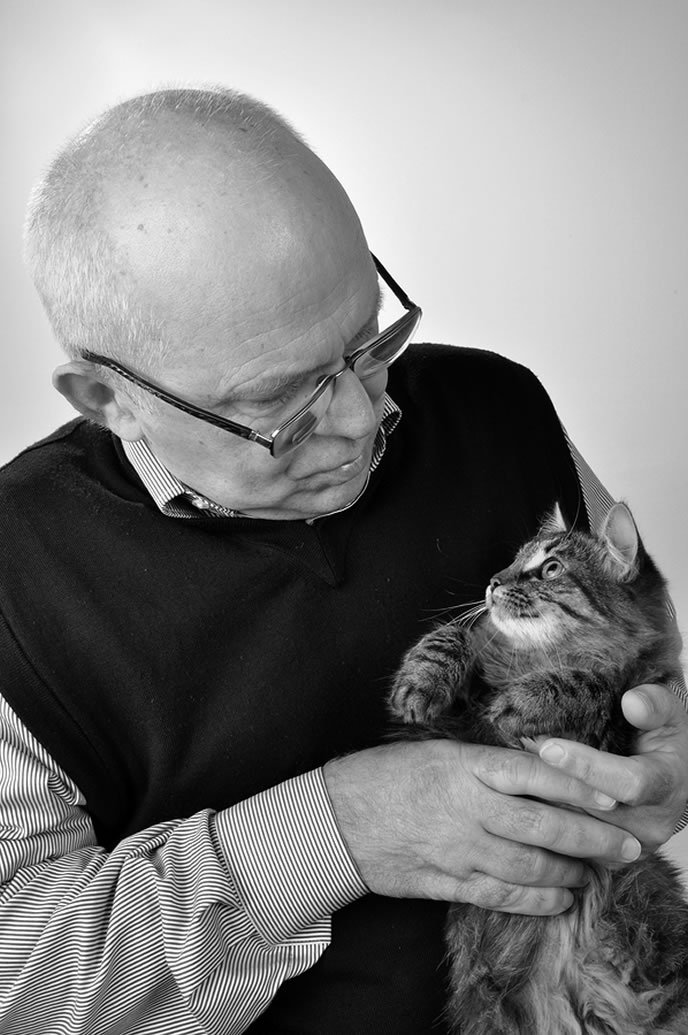 A new test for chronic kidney disease in cats has identified its onset an average of 17 months earlier than existing methods, according to a small study published in the Veterinary Journal.

Researchers at Oregon State University and IDEXX Laboratory developed a biomarker – a substance indicating disease called SDMA – and used it in a controlled study of 32 older but otherwise healthy cats. When available commercially, a test based on the biomarker could alert cat owners and veterinarians to kidney disease through periodic checkups, researchers say.

Chronic kidney disease is common in geriatric cats and often causes their death, says researcher Jean Hall, DVM, Ph.D., at Oregon State. Damage from it is irreversible, but this is an important advance, in that we should be able to identify the problem earlier and use special diets to slow the disease.

Today the primary diagnostic test for chronic kidney disease is a blood test for levels of creatinine – a chemical waste molecule generated by muscle metabolism that is normally filtered from the blood by the kidneys and that may accumulate in the blood of cats with kidney disease. Because cats lose lean body mass with age, their creatinine levels may be normal even in the face of kidney disease, but the study found that lean body mass, even if it has diminished, doesnt affect SDMA.

Cats in the study lived at the Science and Technology Center of Hills Pet Nutrition Inc. in Topeka, Kan. The company initiated the research to investigate how to best lengthen and enrich the lives of cats with chronic kidney disease.

The condition most commonly affects middle-aged and older cats. Its onset and progression occur over months or years, and it has no cure. According to the Cornell Feline Health Center, The early indications of failing kidneys include a marked increase in water consumption (polydipsia) and in urination (polyuria); weight loss; apparent decline in appetite; and, in some cases, occasional vomiting. If owners see these signs, they should seek immediate veterinary consultation for their cat.

Owners know firsthand the benefits that cats bring to their lives, especially in easing loneliness and isolation. Now were seeing science back up the belief, especially among older adults, says Jules Benson, BVSc, MRCVS, Chief Veterinary Medical Officer at Petplan.

The pet insurance company for AARP members cites research that found animal companions can improve health for older adults in these ways:

– Commitments like feeding and caring for a pet can provide structure for those at home full time. More than 54 million Americans (51.6 percent) over the age of 50 are not in the labor force, the AARP says.

– They provide opportunities for positive touch. In a study of elderly people receiving home assistance, 74 percent reported that petting their pet made them feel better.

– Owners have lower heart rates and blood pressure both at rest or when undergoing stressful tests.

A wet nose and whiskers can be the greatest natural mood booster in the world, says Natasha Ashton, the companys Co-Founder and Co-Chief Executive Officer.