Move Over, Dogs—A Tonkinese cat entered the annual Christmas Eve Scotland Island Dog Race in Australia. The first cat to enter the 550-meter swim, Gus got first place in his category (OK, he was the only competitor). But, reports the Sydney Morning Herald, he beat most of the dogs under 5 kilograms (Gus weighs 4.6 kg). And, the crowd loved him: “At the finish line, there was this little cat swimming among the dogs and the crowd went wild, they were chanting ‘Gus, Gus, Gus’, ” said owner Glenn Druery.

It’s a Cat Thing, Dude—The Mercury News (California) was called to rescue a cat and German Shepherd stuck 25 feet up a tree. As the rescue workers arrived, the cat scurried down the tree, leaving his alleged chaser to fend for himself. 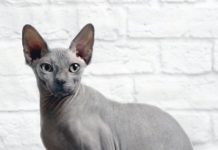 Caring for Your Sphynx Cat 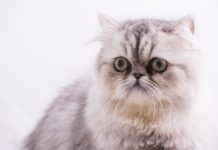 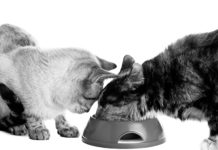 How to Handle a Finicky Eater