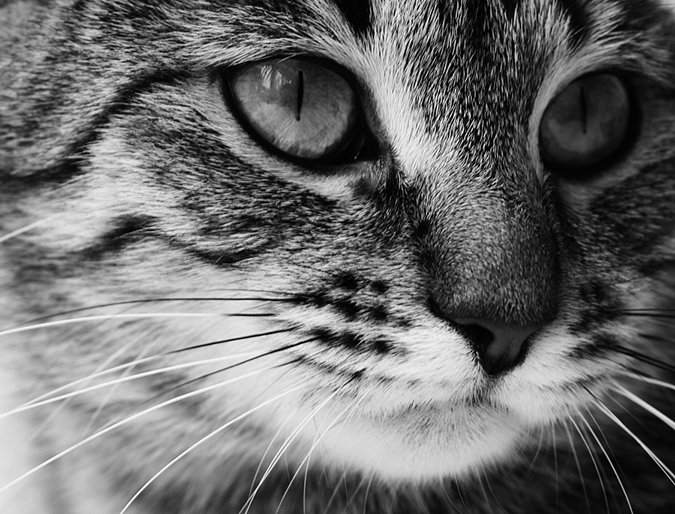 ‘Whiskers Are All About Vibration, Airflow, Touch’

If you’ve ever been tempted to trim your cat’s whiskers, it would be best to resist the impulse. Whiskers are essential to cats’ navigation. They also serve as early warning systems and barometers of mood, says Leonie Richards, BVSC, head of general practice at the University of Melbourne Veterinary Hospital.

An article in the university journal Pursuit explores this remarkable feature, starting with the basics: Cats generally have a dozen whiskers arranged in four neat lines on each cheek, a few more where they have eyebrows, and some under their chin and behind their front paws.

“All of them basically serve the same purpose,” Dr. Richards says. “They’re sensory. They help cats work out where they are spatially. The whiskers on the back of their paws are arranged to make up for short-sightedness. If they’ve caught prey, it gives them an idea of where the prey is [in relation] to their feet.”

Whiskers are made of keratin, a protein found in the outer casing of horns in cows and other animals. They don’t feel sensation, but at the point where they’re embedded in the animal, they’re packed with nerve endings fed by a strong blood supply. That makes whiskers an ideal sensory organ, Dr. Richards says. “It’s all about vibration, airflow and touch.” Cats use the follicular feelers to determine if they can squeeze themselves into small spaces and find their way in the dark.

Dr. Richards offers this guide to reading whiskers as clues to emotion:

1. If the whiskers are relaxed and droopy: That’s a calm, happy cat.

2. Pinned back against the face: He’s fearful.

About trimming the whiskers: That will reduce cats’ sense of spatial awareness. “It makes them disoriented. It’s harder for them to assess where their surroundings are,” Dr. Richards says, noting that whiskers help cats safely leap large distances onto narrow landing areas.

Sometimes veterinarians have to cut the whiskers when, for example, they find an abscess in the cheek, Dr. Richards says. “The whiskers will grow back in a couple of months, and the actual cutting isn’t painful because whiskers don’t have nerve endings in them.” But cats may feel somewhat frightened until the whiskers grow back.

Help for the Heart

The Winn Feline Foundation has awarded a grant to research at-home use of Holter monitoring in cats with hypertrophic cardiomyopathy (HCM). Cardiologist Katherine Scollan, DVM, ACVIM, at Oregon State University will be the principal investigator researching arrhythmias and the effects of structural heart changes on cardiac rhythm.

Cats wear the small monitors, also called ambulatory electrocardiography devices, to record the heart rate typically for 24 hours. Once the device is removed, the data can be downloaded to a computer for analysis.

HCM, the most common heart disease in cats, is characterized by thickened walls primarily the heart’s left ventricle, which can affect the heart’s ability to pump oxygenated blood to the body. Breeds prone to HCM include Maine Coons, American Shorthairs and Ragdolls.

Fish-Skin Grafts Can Be Used to Heal Wounds