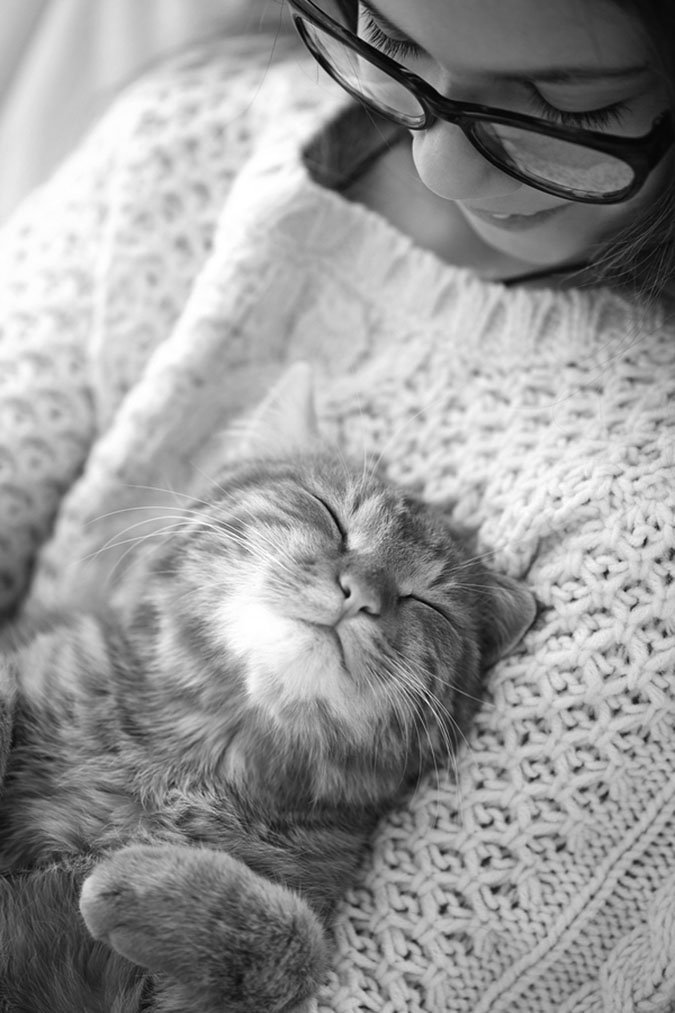 Researchers at the University of Lincolnshire, England, acknowledge the growing recognition that cats are more social and capable of relationships than we once thought, but their latest study, published in the journal PLOS One, suggests that, on the other hand, cats don’t necessarily rely on us for a sense of protection.

In short, they’re more independent than dogs, the scientists say: “Domestic cats do not generally see their owners as a focus of safety and security in the same way that dogs do.”

Their small study adapted the Ainsworth Strange Situation Test, which assesses the bond between children or pet dogs and their caregivers when they’re in potentially threatening or unfamiliar environments. The researchers observed the relationship between 20 cats and their owners with the cats in a new environment with their owner, with a stranger and on their own. They assessed the amount of contact the cats sought, their level of passive behavior and signs of distress when the owner was absent.

“Although our cats were more vocal when the owner rather than the stranger left them, we didn’t see any additional evidence to suggest that the bond between a cat and its owner is one of secure attachment,” says Daniel Mills, BVSc, Ph.D., Professor of Veterinary Behavioral Medicine, who led the study. “This vocalization might simply be a sign of frustration or learned response, since no other signs of attachment were reliably seen.”

Individuals in strange situations try to stay close to their caregiver and show signs of distress when separated and show pleasure when the caregiver returns, Dr. Mills says, “but these trends weren’t apparent during our research.”

Previous research has suggested that some cats show signs of separation anxiety in the same way dogs do when their owners leave them alone, but the results of the Lincolnshire study found that they are more independent than canine companions, Dr. Mill says. “It seems that what we interpret as separation anxiety might actually be signs of frustration.”

Animal behaviorist Katherine A. Houpt, VMD, Ph.D., professor emeritus at Cornell University College of Veterinary Medicine, says, “This finding may account for the fact that few owners complain that their cats have separation anxiety. They seem to be able to tolerate daytime absences but are more likely to show stress-related behavior, including house soiling, when the owner is gone overnight or longer. Even more, cats ‘swear’ at their owners after a prolonged absence, vocalizing loudly when they return.”

While dogs often regard their owners as source of safety, it is clear that domestic cats are much more autonomous when it comes to coping with unusual situations, Dr. Mill says. “Our findings don’t disagree with the notion that cats develop social preferences or close relationships, but they do show that these relationships do not appear to be typically based on a need for safety and security.”

The possible reason will come as no surprise. The researchers believe it derives from the nature of the species Felis silvestris catus — our cats — as solitary hunters.