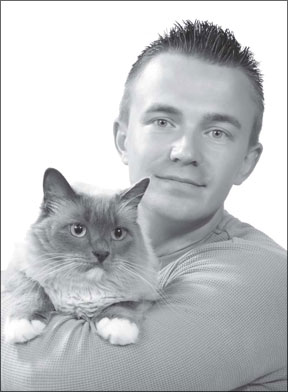 An intriguing trend has developed among singles in the U.S. Single people — men particularly — are becoming pet owners at rates greater than families. They’re “turning to pets for love and a sense of family,” according to a survey by the American Veterinary Medical Association.

“It’s interesting to see that more and more single people are discovering the comfort and satisfaction that owning a pet can offer,” Dr. Aspros says. “Pets are powerful, positive influences on our lives, offering unique emotional, psychological and physical health benefits to their owners.”

Despite this positive trend, Dr. Aspros laments the decline in veterinary visits. More than a quarter of pet owning households — 25.5 percent — didn’t visit the veterinarian at all in 2011. “That …. is worrisome, not only in terms of the pet’s health but in terms of public health,” Dr. Aspros says. “Families, no matter what size, need to bring their pets in to the veterinarian — at least once a year — to maintain optimal health.”

Bravo, a maker of raw pet foods, has recalled three of its frozen foods for cats and dogs because of the potential for salmonella contamination. The recall involves specific tubes of Bravo! Chicken Balance and Bravo! Chicken Blend, and bags of Bravo! Beef Blend Burgers, all with expiration dates in 2015.