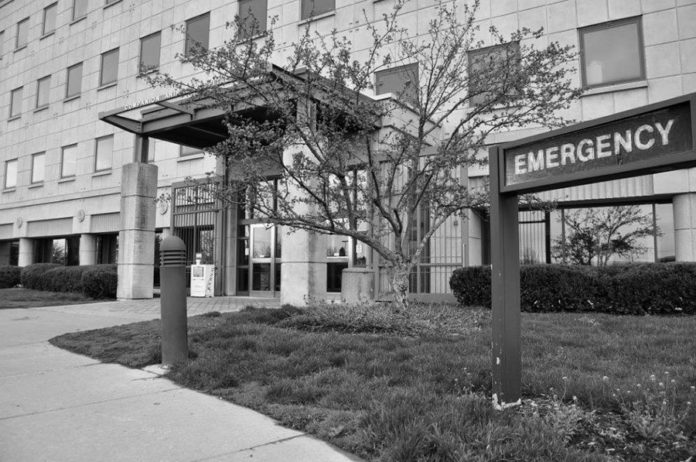 When your cat suddenly becomes ill or injured, how do you determine if he needs to go to the veterinarian or emergency hospital — STAT? It’s not always easy to tell. Hiding illness is a natural instinct for cats because of their evolution as both prey and predator. They’re hard-wired to cloak weakness and may exhibit only subtle signs that they’re seriously sick.

On the other paw, some illnesses are obvious emergencies. Here’s what you should know about recognizing and responding to them when minutes count. The most important advice from the Section Chief of Critical Care at Cornell University College of Veterinary Medicine: “Stay calm and transport the cat safely in a closed and secure carrier,” says Gretchen L. Schoeffler, DVM, who is board-certified in emergency and critical care.

Avoid Injury. “Ill cats can behave in unexpected ways, and the last thing you need is your cat becoming panicked. He can inflict bodily injury directly or may distract a driver, causing a motor vehicle accident.”

An emergency is, by definition, an occurrence requiring immediate action — it can’t wait. The following conditions necessitate a trip to the veterinary clinic or emergency hospital anytime day or night:

1. Trauma such as being hit by a car or falling from a high window

2. Severe bleeding, bleeding that doesn’t stop within five minutes or bleeding from the mouth, nose or rectum

3. Loss of consciousness or altered mentation, or mental ability

6. Lameness or inability to walk

7. Diarrhea that appears bloody or black and tarry

8. Severe vomiting, especially if the vomitus contains blood or looks as if it contains coffee grounds — a sign of digested blood

10. Gums that are blue or white or yellow instead of a healthy pink

12. Known ingestion of a toxic substance such as antifreeze or rat poison

Cat owners are likely to encounter certain types of emergencies, Dr. Schoeffler says. Here are those that she sees in cats on a regular basis and the reasons a trip to the ER can sometimes mean the difference in a recovery.

Vomiting, loss of appetite and diarrhea.

Hacking up a hairball is one thing, but frequent or severe vomiting, especially if your cat seems unusually quiet, is a sign of trouble. It’s even more serious if it’s accompanied by diarrhea and your cat won’t eat. When these symptoms occur together, cats can quickly become seriously dehydrated and weakened.

“The diarrhea is not as concerning if the cat is bright, alert and active,” Dr. Schoeffler says. “It is the quiet, lethargic cat who has no interest in eating combined with vomiting that is most concerning. These may be the first indicators of very serious or even life-threatening disease. At the very least, the possibility of a gastrointestinal obstruction can be ruled out through abdominal X-ray or ultrasound, and the patient may benefit from fluids given intravenously or under the skin.”

Traumatic injuries run the gamut from bite wounds and lacerations to car accidents.

If your cat has an open wound or has suffered blunt trauma, take him to the veterinarian, even if he seems fine. “Many wounds are more serious than initially thought, and animals who have suffered blunt trauma may have serious internal injury that may not be immediately apparent,” Dr. Schoeffler says.

Cats are more discriminating than dogs when it comes to ingesting toxins, but some common household items can be deadly. A cat who eats any part of a lily — flowers, leaves, stems, pollen — or drinks water in a vase of lilies can develop fatal kidney failure. A single tablet of an over-the-counter pain medication containing acetaminophen like Tylenol can be poisonous to a cat. And some flea and tick products that are safe to use on dogs are toxic to cats.

Straining to urinate, especially in male cats, can signal a urinary tract obstruction.

Never delay seeking treatment if you observe this. Death can result quickly if the problem isn’t identified and treated. Cats who are constipated or have a large bowel problem may also strain in the litter box and need veterinary intervention.

“While cats can have spinal and orthopedic issues, we see more cats for ‘difficulty walking’ or ‘not moving,’ who are just generally weak,” Dr. Schoeffler says. “There are many causes for this, but a cat who is really lethargic, not moving much, acting sick — should definitely be checked out by a veterinarian.”

Causes can range from poison to neurological diseases. They should be treated as emergencies, especially if it’s possible the cat has ingested a toxic substance or has been recently treated with a topical medication — especially antiparasitics such as flea and tick medications — or has a new flea collar.

Know the hours and location of the nearest emergency clinic in the event your pet has a problem during off hours. Put the phone number on speed dial so you can alert the clinic that you’re on your way. And keep a copy of your cat’s veterinary records handy — especially proof of rabies vaccination — so you can take them with you to the ER.

Most important, know your cat’s normal behavior. Being able to recognize any changes can help you identify and treat problems before they become full-blown emergencies.