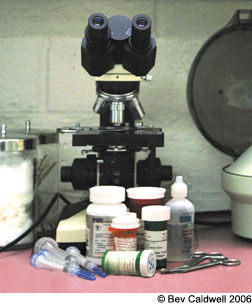 Though cats may rule as a more popular pet than the dog in sheer numbers, a quick search of peer-reviewed veterinary research shows a different story. Cats have historically lagged far behind dogs when it comes to the number of studies performed for their benefit by researchers. In the 1970s, dog-related research was nearly twice that of studies involving cats. The 1980s saw little change in the proportion between dog and cat research.

What does this mean to the feline community? In the past, it meant that cat-specific health problems were not being solved, genetic disorders remained unidentified, fewer medications were being developed for felines, and practical answers to problem cat behaviors went unanswered. Twenty years ago, if you looked in all the veterinary journals, cat studies comprised a pretty small percentage, relates James R. Richards, DVM, director of the Cornell Feline Health Center at Cornell Universitys College of Veterinary Medicine. But the interest in cats has really mushroomed in the past decade.

For decades, dogs have benefited from being the most popular companion animal used as a model for human research. Dogs have frequently been used to decipher the workings of diseases that they have in common with humans, as well as what kinds of therapies and/or medications might be effective in halting those diseases. When new detection methods, more effective treatments or even a cure for a disease resulted from these studies, the dog often benefited from this new knowledge.

Only more recently have cats begun to be used in human-related studies. This is not to say that cats cannot be used as models for human diseases, but that weve been a little bit late in the game coming to the table, says Susan Little, DVM, president of the Winn Feline Foundation, a non-profit organization dedicated to funding feline health research. Dr. Little explains that the possibility of developing new cat-based studies is increasing along with scientific awareness of the close links between feline and human diseases. Since many of these studies deal directly with illnesses in cats, they have the potential to help cats, too.

FIV Under Investigation
An example of research using cats as a model for human-based illness is the  multitude of studies being performed on feline immunodeficiency virus (FIV). If you look at all the research money that has been spent on feline infectious agents in the past five years, most of it has been spent on studying FIV, relates Dr. Richards.

FIV is similar to HIV [human immunodeficiency virus].  If a disease is similar, it is hoped that what can be learned with one species can be applied to another species. And when the other species is humans, applied studies (in other species) are more likely to receive substantial funding from major governmental sources, such as the National Institutes of Health (NIH).

Pedigreed Cat Issues
For decades, purebred dog fanciers have supported breed research, notes Dr. Little.  Dog breed clubs have been responsible for identifying diseases within their breeds and funding research. Now, finally, this is happening in the feline fancy.

Though the pedigreed cat fancy has substantially fewer members than the dog fancy, Dr. Little reports that cat fanciers are now rallying together worldwide and mobilizing efforts to identify and fund breed-specific and feline-specific research.

They just have to work that much harder, says Dr. Little.

For example, Dr. Little notes that because of efforts of Maine coon and Persian breed cat fanciers, two important discoveries have been made within the past year: The gene for hypertrophic cardiomyopathy in Maine coons was uncovered in June 2005 by researchers at the University of California, Davis, and the gene for polycystic kidney disease (PKD) in Persians was identified by researchers at Ohio State University in 2004.  But not just these breeds benefit from these discoveries.

Hypertrophic cardiomyopathy is the number-one feline heart disease [in all breeds and mixes], so all cats benefit from this research, says Dr. Little. PKD is present in more than 30 percent of Persians worldwide and occasionally in other cats. Since Persians are one of the most popular pedigreed breeds, This research has the potential to benefit a great many cats, explains Dr. Little.

Additionally, both of these diseases have correlations with human disease, with hypertrophic cardiomyopathy occurring in one out of 500 humans and PKD considered to be one of the most commonly occurring life-threatening human genetic diseases. Cats can now become models in developing and studying drug therapies, notes Dr. Little.

When Its All About Cats
But what if there is no known link between a feline illness and another important, research dollar-rich species, namely us humans? If a troubling problem is species-specific, and that species is the cat, finding research dollars to fund studies can be difficult.

Funding for nutritional studies with the cat generally comes from pet food manufacturers seeking to develop a market niche. If the company perceives a need for a specific food and knows there will be consumers who will buy the food, then that company is more willing to invest in nutritional research and development.

The same is true for producers of feline vaccines and medications. Pharmaceutical companies will consider funding research if there is potential to develop a product that will generate sufficient sales. Companies need to make a profit, Dr. Richards explains. If there is a condition that drugs cant heal, the pharmaceutical companies arent going to be interested in spending research dollars studying this condition, he says. And even when a disease could potentially be treated with the development of a new drug, this may still not be enough to warrant the interest of the drug industry.

Studies have shown that dog owners are willing to spend up to a dollar a day in medications for their dogs, whereas cat owners will spend only 60 cents a day, reports Katherine Houpt, VMD, PhD, director of the Animal Behavior Clinic at Cornell Universitys College of Veterinary Medicine. Why would pharmaceutical companies develop medications that would be perceived as too costly [by cat owners]? The medications would be available, but they wouldnt be used. For pharmaceutical companies, their research dollars would be better spent developing medications that will be purchased, explains Dr. Houpt.

So what happens when research is needed but the illness is cat-specific (with no relation to human disease) and corporate funders do not see the potential for profit? People often have this idea that theres a big pile of money somewhere thats available to researchers, says Dr. Richards. The fact of the matter is that so much research work really comes from the pockets of people who love cats.

Dr. Richards notes that research supported by non-profit organizations such as the Cornell Feline Health Center (www.vet.cornell.edu/fhc/), the Winn Feline Foundation (http://www.winnfelinehealth.org/) and Morris Animal Foundation (http://www.morrisanimalfoundation.org/) are primarily funded by private contributions from cat owners across the country. Though organizations such as these occasionally may benefit from a trust or estate gift, contributions often come in five dollars here and ten dollars there, relates Dr. Little, noting that, regardless of the size of the donation, the dollars add up.

Rallying the Troops
For cat owners, more than for owners of other domestic animal species, it is important to support research delving into the health and behavior of their pets. This can be accomplished not only through financially supporting nonprofit organizations dedicated to companion animal health research, but also by showing interest in cat-specific research and participating in clinical studies when possible.

Regrettably, a recent study at the Cornell Animal Behavior Center had to be scrapped because of lack of interest. Despite the fact that the center was offering expensive diagnostic services at no charge to participants, Dr. Houpt relates that only two cat owners responded to the centers search for candidates to partake in a study designed to investigate if a litter additive could potentially solve many a cat owners litter woes. Pet owners are often not very dedicated to cats, says Dr. Houpt. Cats are still seen as being disposable. People will live with a dog that threatens family members, but wont seek help for the cat that urinates on the carpet.

Obviously, peoples misconceptions regarding the value of domestic animals cant change overnight. Nor will a single dollar donation fund a 10-year health study. However, every thought, every effort, every penny does count and does contribute toward making a felines life a little more comfortable and perhaps a bit more disease-free in the future. Bottom line? We are the bottom line. The future of feline research depends most on cat owners and their interest in supporting medical advancements.