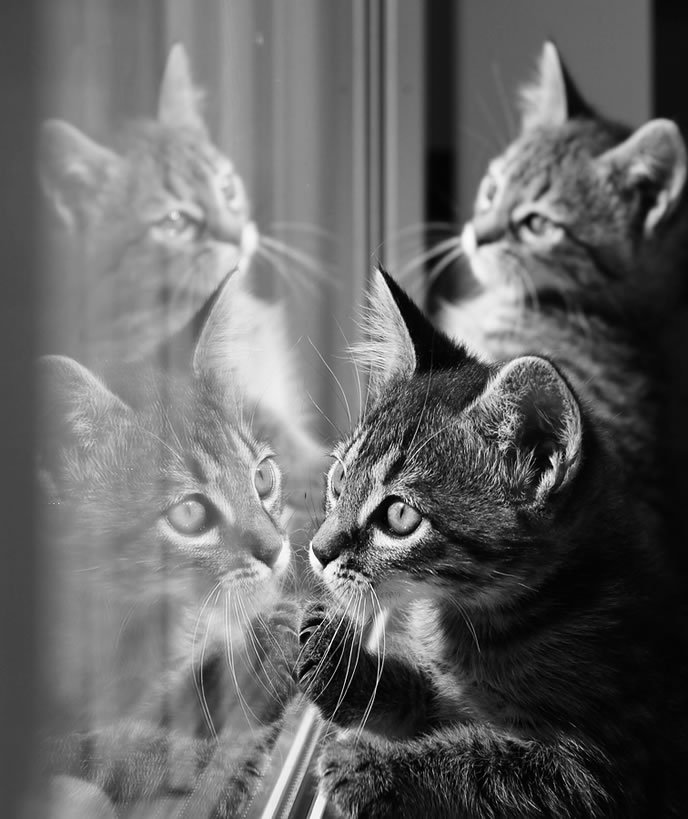 If you’re out for a stroll with your cat in your fenced backyard and he suffers a snakebite, his life can quickly be in danger. The safest course: Don’t attempt outdated first-aid measures such as application of a tourniquet or incision to remove the venom with suction. It will already have been absorbed, and tourniquets can compromise blood circulation, causing severe injury.

Dr. Schaer has studied poisonous snakebites and treated them in a variety of animals. “Younger, more active animals — including cats — are most likely to be victims,” he says.

Now’s the Season. Snakebites tend to be seasonal and regional, frequently occurring from spring through autumn. “The incidence is highest in the Southeast and in the Western U.S.,” Dr. Schaer says. “And although you probably wouldn’t find venomous snakes in downtown Orlando, snakes can live almost anywhere, particularly in rural areas. One issue is that human development has encroached so much on the snake’s habitat that snakes in some regions have been pushed to the limits of their ecosystems.” Today rattlesnakes can be found throughout the continental U.S.

Pit vipers inflict the most venomous snakebites in North America. Those in the Southeast include rattlesnakes, water moccasins and copperheads, all with triangular heads, retractable fangs and heat-sensing depressions, or pits, between the eyes and nostrils. “Pit vipers can actually control the amount of venom they give off,” Dr. Schaer says. “If they feel very threatened, they can unload a huge dose.”

Elapids, another type of snake, include coral snakes — members of the cobra family with potent neurotoxic venom. They have short, fixed fangs in the upper jaw. “Encounters with these snakes are less common because they are shy creatures that prefer to be left alone,” Dr. Schaer says.

Feline Perspective. The most common scenario for a cat to get bitten, says Dr. Schaer, is when the cat explores his yard and sees a snake. “Cats are curious and go to investigate, often circling the snake. The snake, of course, tries to defend itself. But it is always the cat that is pursuing the snake, not vice versa.”

Owners sometimes directly witness a snakebite to their cat, but even when they don’t, the signs of envenomation (poisoning) should be well recognized by an experienced veterinarian. These include low blood pressure, weakness, blood coagulation problems causing bleeding from the puncture wounds and sometimes elsewhere in the body. Snakes can bite several times, especially if they feel threatened.

“Cats are often bitten on the legs or the side of the chest while circling around a snake, so that area may swell up,” Dr. Schaer says. “The severity of envenomation varies according to the type of snake, the venom dose and the victim’s general health.”

In some cases, signs of coral snake envenomation might not appear for hours, but in the case of pit vipers, most victims show signs within the first 30 minutes. These include shock, listlessness, muscle tremors, nausea, vomiting and difficulty breathing.

Most emergency veterinary clinics stock antivenom. However, particularly in the Northeast, where snakebites are rare, most private practice veterinarians don’t carry antivenom because of its expense. “It can run anywhere from $400 to $1,000 per vial. And a snake-bitten pet may require anywhere from one to three vials, depending on the severity of the bite,” Dr. Schaer says.

Expensive Antidote. Producing antivenom is costly and labor-intensive, involving “milking” venom from live snakes, then injecting it in small, increasing dosages into horses, sheep and other animals owned by drug companies, Dr. Schaer says. “In response, those animals produce antibodies. Once a high enough antibody level is reached, the animals’ blood is drawn, purified and used to make antivenom.”

In difficult cases, a cat may need intravenous fluids, antibiotics, oxygen and pain medication in addition to antivenom.

Smaller animals like cats might be more adversely affected by snakebites because there can be more venom per square unit of body area, Dr.Schaer says.

Let common sense be your guide in protecting your cat from snakebites. “Keep cats in restricted areas or indoors entirely if possible,” Dr. Schaer says. And don’t let your cat out at night in areas known to have venomous snakes — they’re nocturnal.