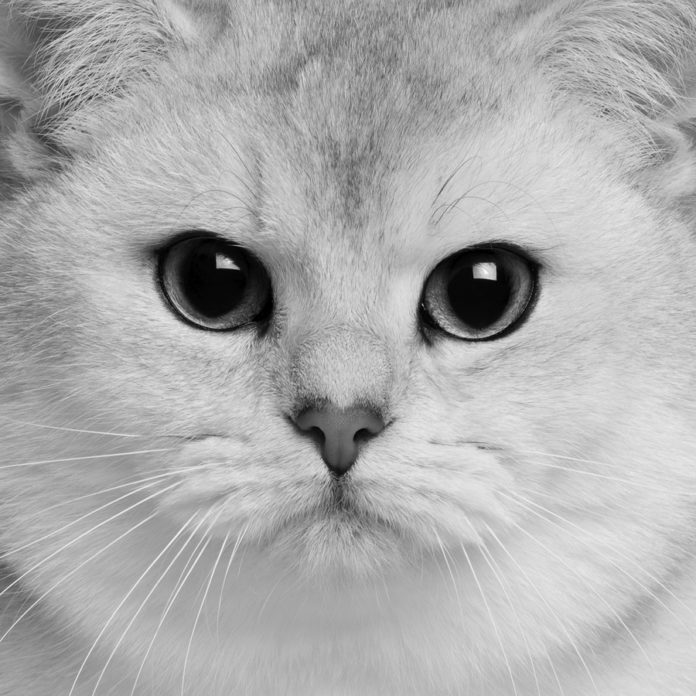 Signs that your cat has an infection of his upper respiratory tract can mimic the ones you suffer with a cold: watery eyes, runny nose, wheezing, sneezing and coughing. Just as you’re likely to rebound in a few days, in most instances a cat will, too.

In some cases, however, bacterial and viral respiratory infections can carry significant risks:
Complications such as pneumonia, blindness or chronic breathing problems can develop.Cats can become carriers for two viruses and spread the disease but not show any outward signs of illness.The infections can be highly communicable in multi-cat households.

Unfortunately, vaccines for respiratory tract infections don’t provide total protection, although they can reduce the illness’ length and severity. About 80 percent of feline upper respiratory infections are caused by one of two viruses: feline herpesvirus (FHV), also known as feline rhinotracheitis virus (FRV), and feline calicivirus (FCV). A third and far less frequent cause of upper respiratory infections in cats is the bacteria Chlamydophilia felis.“All three of these organisms are very specific to cats,” says Richard Goldstein, DVM, former Associate Professor of Small Animal Medicine at Cornell University College of Veterinary Medicine and currently Chief Medical Officer at the Animal Medical Center in New York City. None of these disease agents is transmissible to humans or dogs.Persians and other flat-faced breeds such as Himalayans, British Shorthairs and Scottish Folds have a predisposition to upper respiratory infections because of their facial anatomy.

Serious Consequences. The common clinical signs of feline upper respiratory infection — which can affect the nose, sinuses, pharynx and larynx — may vary from very mild to severe and are, in themselves, usually self-limiting and ultimately harmless, says Dr. Goldstein. Secondary diseases may occur, however, with long-lasting and potentially severe consequences. In addition to pneumonia, these include conjunctivitis or corneal ulcers (a vision-impairing eye condition) and a host of other bacteria- and virus-borne illnesses, resulting from the entry of infectious micro-organism into an afflicted cat’s system. The most common results are chronic sinus infections and chronic nasal discharge after an FHV infection.

Moreover, these bacteria and viruses can pass from cat to cat when they lick or groom one another, or share food and water bowls. They also can become airborne: when sneezing, an infected cat may blow the virus out into the environment, and cats a few feet away may inhale it. The viral secretions on clothing, bedding, toys, litter boxes and floors make the spread of the disease a particular problem to control in animal shelters.A virus can also be transmitted from an unvaccinated, acutely infected queen to her kittens during pregnancy or through grooming after they are born.

Ongoing Presence. Once present in a cat’s system, no medication can make the viruses simply disappear. Cats recovered from FCV infection will often continue to shed small amounts of virus from their mouths or nose. In time — perhaps after many months or even years — the calicivirus will vanish.On the other hand, says Dr. Goldstein, the herpesvirus, once present in the feline system, remains there. Recovered cats will intermittently shed small quantities of virus from their throat or nose. “For the remainder of the animal’s life,” he says, “the herpesvirus will flare up repeatedly. In cats, these eruptions can be brought on by such things as stress, bad weather, the outbreak of some other illness or medications that suppress the immune system.”

For the past several decades, vaccines have been available that, to a great extent, protect cats against herpesvirus. Discuss with your cat’s veterinarian a vaccination protocol that will work best for your pet. Vaccines for calicivirus and the Chlamydophilia bacterium vaccines have, over the years, proven generally successful in significantly reducing the occurrence and severity of feline respiratory infections.

Threat to Kittens. However, outbreaks of these infections continue to threaten unvaccinated kittens and the feral cat population. And since the vaccines produce only partial protection, some domestic cats can become ill despite being properly vaccinated, and others may fail to receive their shots according to a recommended schedule.The infections are generally rarely fatal; nevertheless, they’re especially threatening to some cats. “Any cat can become infected at any age,” says Dr. Goldstein, “but we see the really severe infections in kittens born to queens who have not been inoculated and are left to fend for themselves in cold wet weather. That’s when their resistance is impaired and they are apt to get sick.”

The first milk of a queen that has been inoculated against one of the disease-causing viruses — or has been infected naturally in the past — contains colostrum, a substance rich in antibodies that will provide a kitten temporary protection against viral infection. Kittens who for some reason are deprived of that protection tend to get the disease in its severest form. “They can lose their eyes because of ulcers, they may not be able to breathe, and they may die from pneumonia or another secondary infection that goes into their blood,” Dr. Goldstein says.

On the other hand, a kitten born to a vaccinated queen and living in a dry, warm environment is unlikely to contract an upper respiratory infection even if exposed to a viral agent. And even if this kitten does become ill, it will usually be a mild type lasting only a few days. However, this immunity will eventually wear off, at which point a young cat will become susceptible to infection.

Treating Infection. Diagnosis is achieved by observing the clinical signs, Dr. Goldstein says. “When you see it, you know it’s an upper respiratory problem, but you don’t know for sure which virus has caused it or what kind of bacteria are responsible for a secondary infection. So we most often treat the cat symptomatically, giving antibiotics for a secondary infection, and keeping the animal hydrated, fed and comfortable.”In severe cases, a cat might be hospitalized for treatment, including intravenous fluids. If the veterinarian identifies herpesvirus, he may administer an antiviral medication that may shorten the time that the virus is active in some cases. No such treatment exists for the calicivirus. “It just has to go away by itself,” Dr. Goldstein says.

The best way to prevent the disease is to make sure that your cat is vaccinated on schedule and that his environment is clean, dry and warm, Dr. Goldstein says. “This is especially important for kittens. And keep cats of any age indoors as much as possible.”